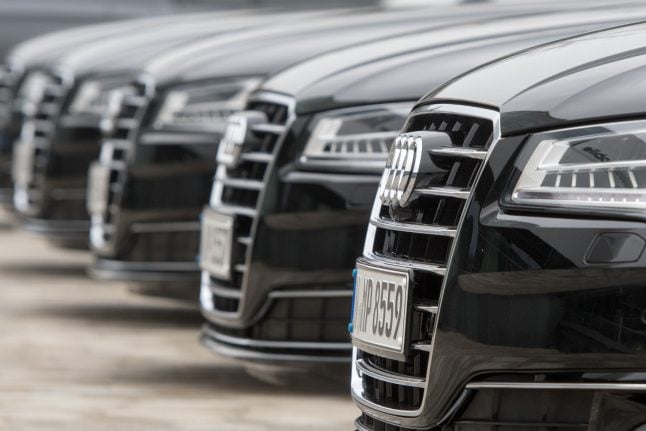 The software was discovered on the carmaker's diesel A7 and A8 sedans with V6 and V8 motors, built between 2009 and 2013, Dobrindt told Germany's DPA news agency.

“It's clear that these vehicles cannot remain in their current state and must be recalled,” he said.

DPA said it was the first time that rigged Audis had been found in Germany.

It was the latest revelation in the “dieselgate” scandal that has rocked Volkswagen, which owns Audi as well as Porsche, Seat and Skoda.

Investigators have found that VW used so-called defeat devices in millions of vehicles worldwide, making them appear to comply with emission standards when their actual emissions were much higher.

The carmaker has so far set aside more than €22 billion ($24.7 billion) to cover fines and compensation related to the scandal, but experts estimate the final bill could be much higher.

In March, German prosecutors searched several Audi offices on suspicion of “fraud and illegal advertising”, related to the cheating scandal.

But that investigation was related to some 80,000 vehicles fitted with Audi 3.0-litre V6 diesel engines sold in the United States between 2009 and 2015, prosecutors said.