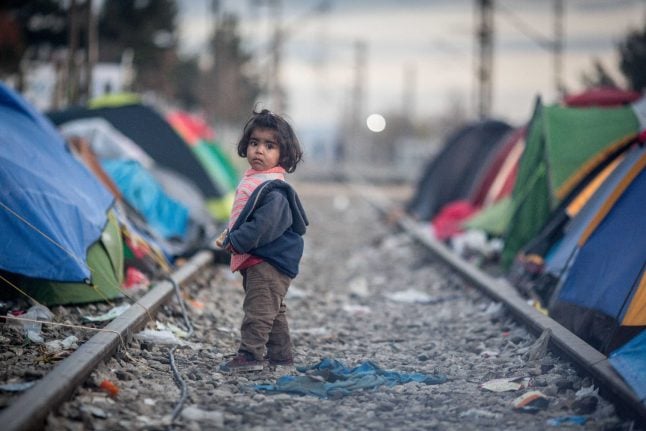 A child at a refugee camp in Idomeni, Greece. Photo: DPA.

The Greek migration ministry declined to comment, but earlier this month Mouzalas said the slowdown was due to “technical difficulties.”

In the letter, Mouzalas reportedly acknowledges that the move – enacted because of the sheer volume of asylum requests – will affect “more than two thousand people” while some “will have to wait for years” to reach Germany even though their requests have been approved.

Asylum seekers – mostly Syrian refugees in Greece's case – are entitled to join family members elsewhere in the European Union within six months from the date their request is approved.

In his letter, Mouzalas said Berlin and Athens had to agree on a “common line” to address “increasingly desperate and critical comments” so that Athens is not blamed for the delays.

He then suggests a joint response: “We understand that asylum seekers are eager to meet with their family, but given that both Greece and Germany have very large asylum seeking populations, delays are inevitable.”

Ulla Jelpke, a deputy of German far-left Party Die Linke, earlier this month said Berlin had capped the number of refugees eligible for reunification at 70 people per month.

Accordingly, Efimerida ton Syntakton said there were just 70 transfers in April compared to 540 in March and 370 in February.

Immigration is a hot topic for Germany where elections are to be held in September.