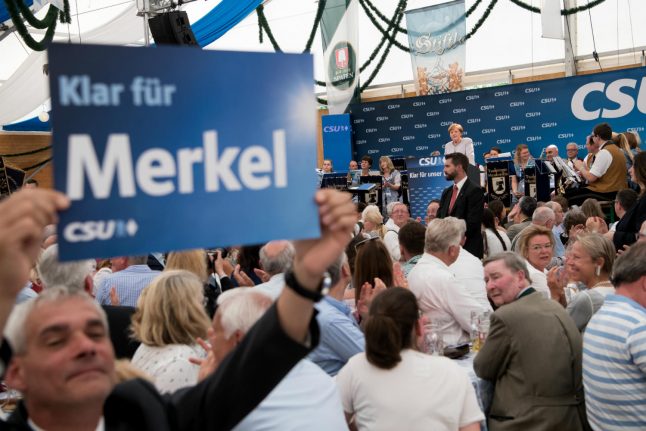 “The times in which we could completely depend on others are on the way out. I've experienced that in the last few days,” Merkel told a crowd at an election rally in Munich, southern Germany.

“We Europeans truly have to take our fate into our own hands,” she added.

While Germany and Europe would strive to remain on good terms with America and Britain, “we have to fight for our own destiny,” Merkel went on.

READ ALSO: Merkel and Macron: the new power couple to shake up Europe

The chancellor had just returned from a G7 summit which wound up Saturday without a deal between the US and the other six major advanced nations on upholding the 2015 Paris climate accords.

Merkel on Saturday labelled the result of the “six against one” discussion very difficult, not to say very unsatisfactory”.

The US president tweeted that he would reveal whether or not the US would stick to the global emissions deal — which he pledged to jettison on the campaign trail — only next week.

On a previous leg of his first trip abroad as president, Trump had repeated past criticism of NATO allies for failing to meet the defensive alliance's military spending commitment of 2.0 percent of GDP.

Sunday's event saw Merkel renew bonds with the Christian Social Union (CSU), Bavarian sister party to her own centre-right Christian Democratic Union (CDU), ahead of a parliamentary vote in September.

Polls show the chancellor, in power since 2005, on course to be re-elected for a fourth term.