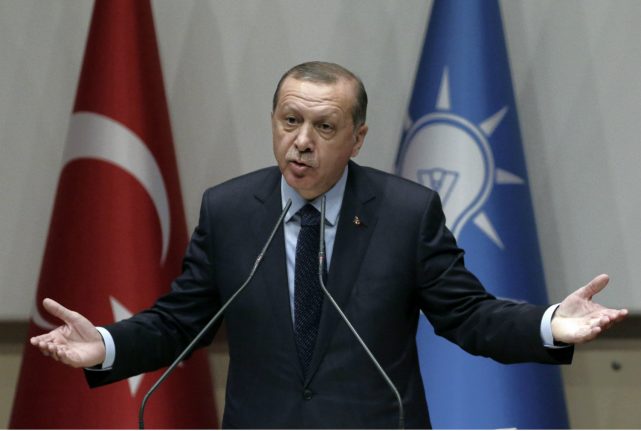 A foreign ministry spokesman said Berlin “regrets and laments” the fact the trip wouldn't go ahead, calling it “another missed opportunity” for dialogue.

The lawmakers had been told a visit would “not be opportune”, that they would not be invited to official talks or the Turkish parliament and have no security detail, said the Greens Party's parliamentary vice president Claudia Roth.

She charged that Turkey effectively blocking the planned four-day trip from Thursday was a “new escalation” in bilateral tensions and “a de facto cancellation of political dialogue,” in comments to national news agency DPA.

The four-member group had planned to visit Ankara, Istanbul and the Kurdish-majority eastern province of Diyarbakir.

Ties between the NATO allies have been strained especially since a failed coup in Turkey last year, and have worsened over multiple issues including a referendum campaign to expand President Recep Tayyip Erdogan's powers.

accused of involvement in the attempted putsch.

In another spat, Turkey has repeatedly refused to allow German lawmakers to visit the Incirlik military base near Syria, which is used by the international coalition fighting the Islamic State group.

Berlin has warned it could move its 250 military personnel stationed at the base, flying Tornado surveillance missions over Syria and refuelling flights for partner nations battling IS jihadists, to another location in the region, likely Jordan.

The relationship with Turkey is one of Germany's most important outside Europe, in part due to its three-million-strong ethnic Turkish population, the legacy of a massive “guest worker” programme in the 1960s and 1970s.