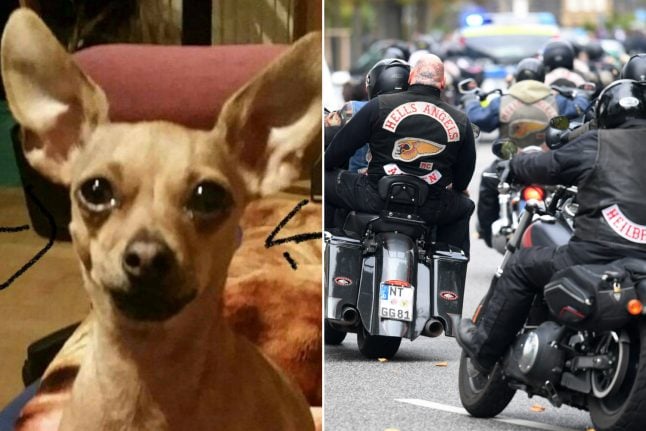 Cookie’s owner drives haulage trucks for a living, and on May 1st her little pooch had come along for the ride, Jetzt reports.

But after the owner returned to her truck in Leipzig after helping unload some cargo, she was horrified to find that her little pup wasn’t there anymore. As the door is a good two metres above the ground – too high for the chihuahua to jump from – she could only come to one conclusion: her pup had been kidnapped.

Since then she has heard nothing from the thieves, despite a reward of €1,500 being offered for Cookie's return. The police too, have been of little help.

But now the rules of the game could be about to change.

Herbert Jaddatz, head of the Help for Paws association, is helping Cookie’s owner, and has used his connections in the Hells Angels to turn the screws on the dognappers.

“They are good and kind people,” Jaddatz says of the Hells Angels. “And above all they really love animals.”

The bikers are riding to areas where there have been potential sightings of the pooch, as well as keeping an eye on one particular apartment where a suspicious character has been spotted, Jaddatz warns.

“Bring Cookie to a location where we can pick her up, otherwise you are making the situation worse for yourself,” Jaddatz says to the dog rustler on his Facebook page.

Cookie is described as having a dark stripe which stretches from her head down her back to her rear. She has very large ears and weighs around 2.5 kg.

The Hells Angels are notorious in Germany for their links to drug smuggling, prostitution and other organized crime.