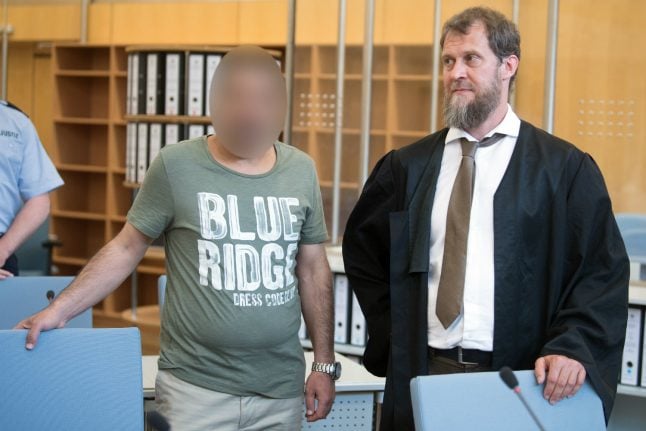 The man, identified only as 42-year-old Ibrahim Al F., was arrested in April 2016 and faces life in jail if found guilty.

He allegedly joined the armed struggle against President Bashar al-Assad in 2012 and commanded a 150-strong neighbourhood militia in the northern Syrian city of Aleppo.

The prosecution charged that the militia looted homes in a northeastern city district and captured and mistreated civilians who resisted.

The accused, who remained silent in court, allegedly “personally tortured” two civilians who were later released for a ransom.

Prosecutors said at least one other victim was tortured to death, another “died in unclear circumstances”, a third fled, and two were released for ransom.

German national news agency DPA reported the defendant was known as the “father of the wolf” and had supervised the torture.

Victims were suspended from ceilings with chains and beaten with iron rods and cables while being variously accused of being non-believers, regime spies or members of the Kurdish minority.

The suspect was arrested after one of his alleged former victims recognised him in the western German city of Münster, DPA reported.

The trial in the western city of Düsseldorf is set to run until at least September.