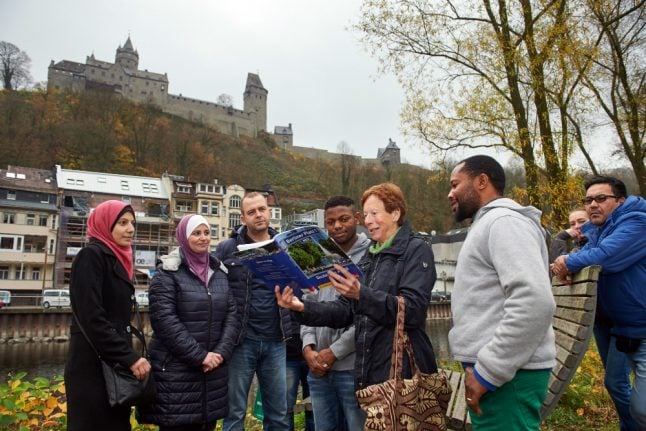 Altena residents with some of the town's refugees Photo: DPA

The North Rhine-Westphalian town set up a programme which aimed to successfully integrate every refugee that was sent there.

The programme, called “From refugee to Altena co-citizen”, ensured that every refugee family which arrived in the town of 17,300 people was given a “mentor” who helped them settle in, according to n-tv.

The new arrivals were also given an apartment within a community of neighbours ready to help solve any problems they faced, rather than being placed in large camps.

On top of help with finding accommodation, the town started a community wardrobe and focused on volunteer-led German classes.

At the ceremony in Berlin, Angela Merkel praised the programme, saying “we are convinced that integration works best when people get together.”

Judges were particularly impressed by Altena’s resolve to help refugees from the very beginning. The town was allocated 270 refugees in 2015, but opted to take an extra 102.

“I believe we are leading Germany towards a bright future – that future is diverse”, said Andreas Hollstein, mayor of the town.

Altena has another reason to want to integrate more refugees: no other city in western Germany has seen its population shrink as fast.

But since 2015 the town saw a rise in its population because of the intake of refugees, having previously suffered 20 years of population decline.

The increase in refugees in the town hasn’t been welcomed by everyone, though.

In 2015 two men, including one fireman, set fire to a house which a group of Syrians had just moved into, according to Die Welt. While nobody was injured in the blaze, the two men caused €20,000 worth of damage.