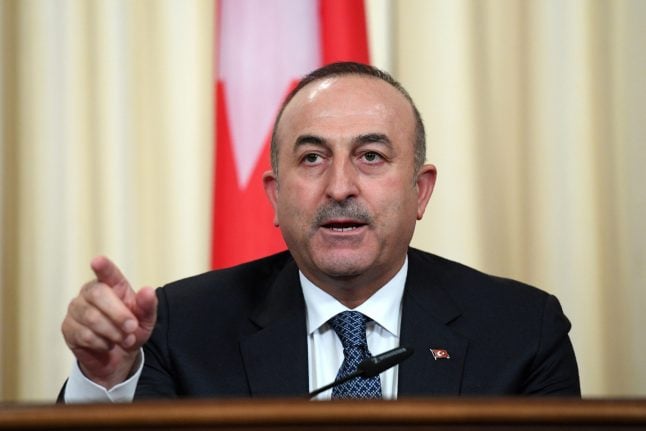 Ankara and Berlin are locked in another spat over Turkey's refusal to allow German lawmakers to visit the Incirlik base near Syria, which is used by the international coalition fighting terror group Isis.

Turkey decided to block the visit after Germany granted asylum to Turkish military personnel, whom Ankara accuses of being linked to the failed coup in Turkey last summer.

Germany warned earlier this week that it could move its troops elsewhere, with German Foreign Minister Sigmar Gabriel accusing Turkey of “blackmail”.

“It is up to them, we will not beg them,” Turkish Foreign Minister Mevlut Cavusoglu told NTV, saying Ankara was not blackmailing Germany.

Germany has about 250 military personnel stationed at the base, flying Tornado surveillance missions over Syria and refuelling flights for partner nations battling Isis jihadists.

Chancellor Angela Merkel on Monday described Turkey's position as “unfortunate”, saying that Germany, while continuing talks to resolve the issue, would also look for alternatives, including in Jordan.

Gabriel accused Ankara on Wednesday of “looking to blackmail” the German parliament.

“If it is not possible to work normally at Incirlik – and this includes visits by German parliament lawmakers – then we will have to look for alternatives,” he told German newspaper Neue Osnabrucker Zeitung.

“I can only hope that the Turkish government will change its mind in the coming days. Otherwise, the parliament will no longer let our soldiers go to Turkey.”

Cavusoglu said if Gabriel made such remarks, it was “disrespectful” as Turkish and German officials were working to improve relations.

He said Gabriel had made different remarks in private, suggesting the minister was using the dispute for political gain ahead of September elections in Germany.

While visiting Washington this week, Gabriel also called on the United States to use its influence to help Germany in the conflict with Turkey.

Ties between the NATO allies have been strained since the failed coup in Turkey last year, but have worsened over multiple issues including the referendum campaign to expand President Recep Tayyip Erdogan's powers.

Last year, another row over Incirlik saw Turkey deny German lawmakers the right to visit for many months after the German parliament voted to recognize the Ottoman Empire's World War I-era massacre of Armenians as a genocide.