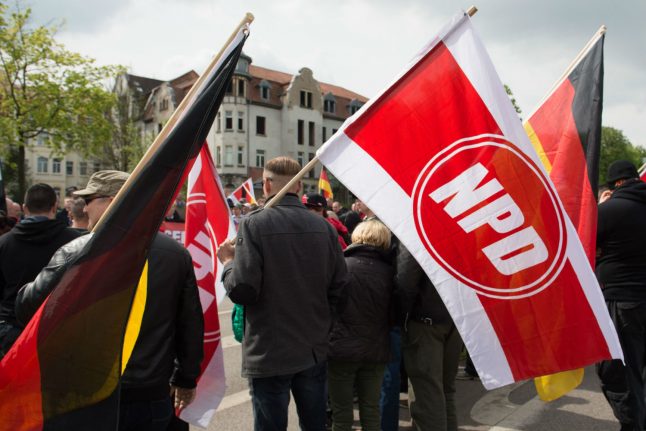 Eastern Germany represents around half of these crimes, despite making up only 19 percent of the German population, according to Iris Gleicke, the government’s commissioner for east Germany,.

Gleicke said at the presentation of the study in Berlin on Thursday that the findings showed that most people in the east are not racist. But she added that the majority were far too silent on right-wing extremism.

The report focused on three districts in which far-right violence has risen markedly over the past two years – Heidenau, Freital and Herrenberg.

Heidenau and Freital, both on the outskirts of Dresden have made national headlines for far-right violence. Herrenberg, a district of Erfurt in Thuringia, has also become a stronghold of the far-right scene, according to the report.

The authors were cautious in their conclusions, pointing out that the causes for right-wing extremism were specific to the districts in question, and couldn’t necessarily be applied to former East Germany as a whole.

But they nonetheless found some commonalities after conducting focus groups and interviews with residents, local politicians and social scientists.

One prominent theme in the research was that the people of these communities tended to see themselves as victims, both as residents of marginal communities left behind by the big cities, and as east Germans looked down upon by the west.

This sense of victimization is also felt in relation to migrants, who are believed to have gained a privileged position in Germany, the report argues.

Because people see themselves as disadvantaged, they are more likely to keep quiet about right-wing extremism in their communities, the report claims.

The fact that people in many small east German communities rarely meet foreigners is also seen as a cause of right-wing radicalism.

The people of the towns in the study are only confronted with Germans who undergo hardship and never see the reality that migrants often grow up in poverty in the big cities.

People still being impacted by the ideology of the former communist GDR government was also identified as a powerful factor. In East Germany, the state ideology encouraged people to believe in friendship between nationalities, but made it clear that foreigners in Germany were only there as guests.

Gleicke called for a strengthening of the role of the state in impoverished east German communities to tackle the problem.

“The solution lies in the communities,” she said. “We can't let the state withdraw completely from these areas.”