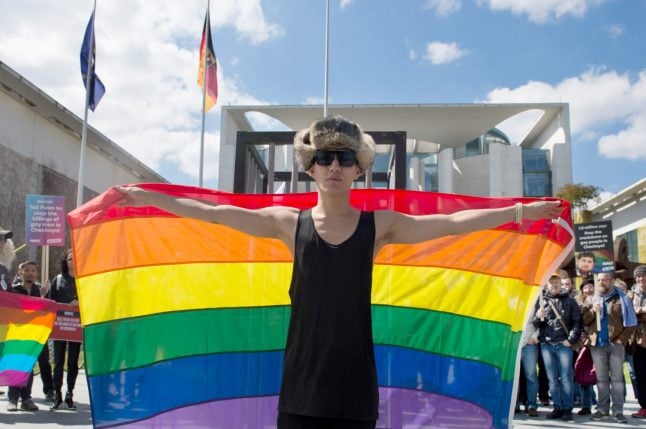 A demonstration before the Chancellery against the treatment of gay men in Chechnya. Photo: DPA.

The annual Rainbow Europe report on Wednesday showed that Germany remained at about the same position as it did last year compared to the rest of the continent, falling behind 13 other countries including Croatia, Sweden and Austria.

Malta retained its pole position as the most gay friendly nation in Europe for the second year running after introducing a gender identity law and ban on harmful conversion practices.

The report ranked 49 countries based on their laws pertaining to same-sex marriage, adoption, rights for transgender people, and more. Germany managed to cover just over half (54 percent) of the rights and protections analyzed.

The report did laud the Bundesrepublik for moving forward last year and this year on plans to wipe the criminal records of gay men convicted under a Nazi-era law, offering them compensation. Thousands of men found guilty under this law – which remained in place after the Second World War – are still alive.

But unlike countries like Spain and the Netherlands, which have offered equal marriage and adoption rights to same-sex couples for over a decade, Germany still does not grant same-sex marriage. Adopting a child together is also restricted for gay and lesbian partners.

“There has been absolutely no movement in Germany, but other countries have really pushed ahead with marriage equality and adoption,” explains Katrin Hugendubel, advocacy director for ILGA-Europe, which wrote the report.

“Germany has been in a very comfortable place. It is considered a good place to live for LGBT people, but actually it has not been as proactive as other countries.”

And Hugendubel says this is a problem in light of the country’s outward message of tolerance and human rights that it projects to the rest of the world. Chancellor Angela Merkel, who has voiced opposition to same-sex marriage, recently rebuked Russian President Vladimir Putin over the reports of harsh persecution, detention and torture of gay men in Chechnya.

“We received very negative reports about how homosexuals are treated in Chechnya,” Merkel said in early May. “I asked President Putin to use his influence to guarantee the rights of minorities.”

But Hugendubel said that this message of human rights does not mesh with how LGBT people are treated unequally in Germany.

“There is a clear mismatch between what German officials are saying and the legal situation,” Hugendubel said. “It is great, Merkel speaking out against Putin and Chechnya, but I think there is a need to bring more cohesion to this message.”

Ahead of the September election, Merkel’s coalition partners the Social Democrats (SPD) have already put forward a proposal for marriage equality. But Merkel’s conservative Union parties have long rejected such legislation, making the possibility of the draft passing a steep challenge.

The advocacy groups ILGA-Europe works with in Germany have therefore focused on getting other parties on board with the bill.

“We’re working to get that commitment from a number of parties… Looking at the overall picture of Europe, it’s starting to look really weird if [the Union] would pull back from that again.

“Marriage equality has the symbolic value of giving equal treatment to everyone in your country.”

But because such identifiers are not defined under law, Hugendubel says it makes it difficult for police to always recognize such crimes, and for victims to feel comfortable reporting them.

“If you don’t acknowledge it as a state, then you won’t send the signal that this isn’t accepted, and people won’t feel like they can report.”

The Rainbow Europe rankings in full: 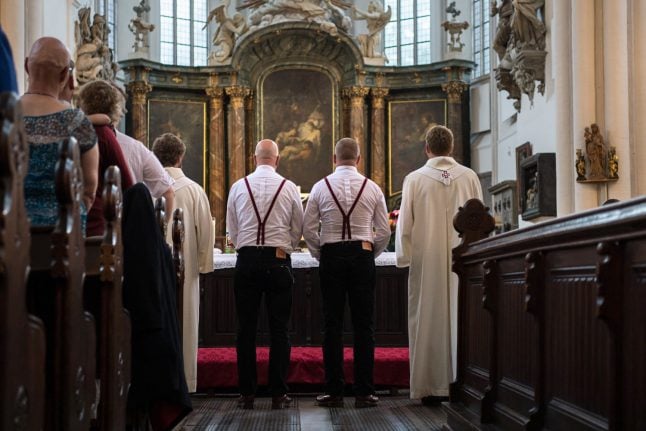 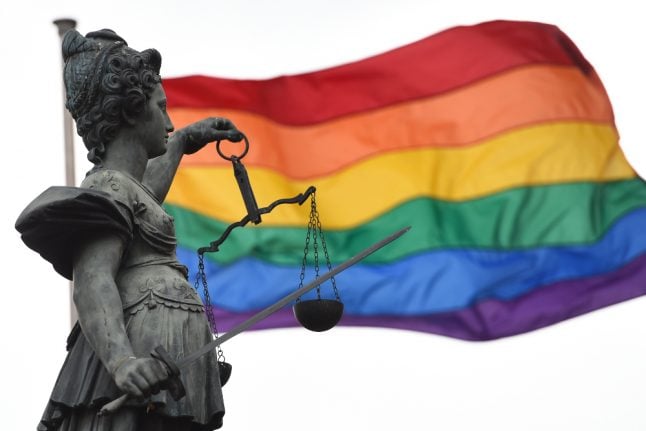