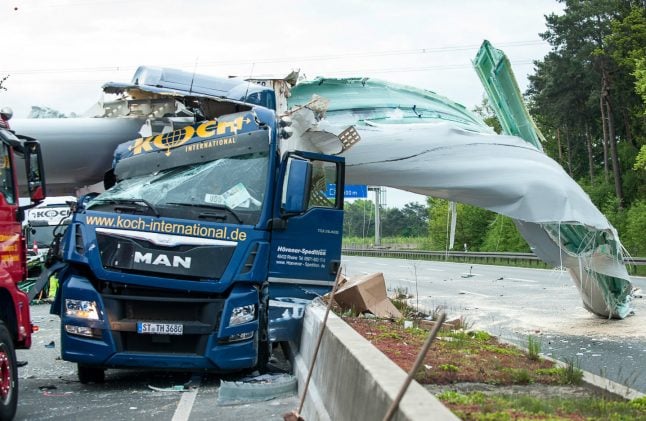 The aftermath of the crash on the A33. Photo: DPA

The accident happened on the Autobahn 33 outside Bielefeld, where the blade slipped from the back of a transporter after another truck slammed into the back of the vehicle, according to the Rheinische Post.

The blade was then shunted across the entire width of the Autobahn by the rear truck, with the cabin of the truck being badly crumpled in the collision. The driver also sustained injuries. The blade stretches across the motorway. Photo: DPA

Police closed down the motorway in both directions, leading to a buildup of logjam for several kilometres. It is unclear at this stage how the blade can be taken away. Police say that the road will be reopened at the earliest on Tuesday afternoon.