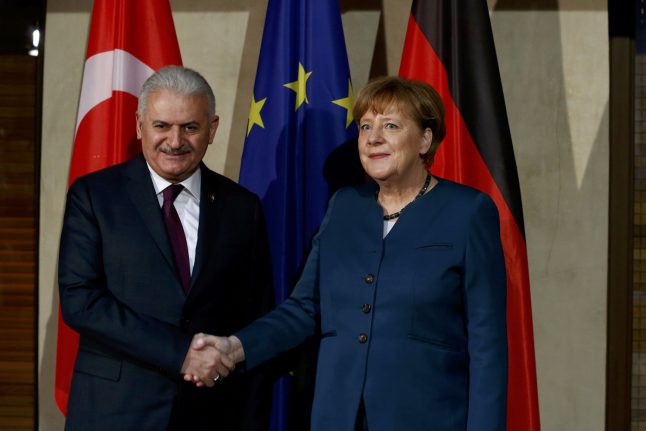 “Germany must decide on one thing: if it wants to further improve its relations with Turkey…, then it must turn its face to the Turkish republic, not to (putschists),” Binali Yildirim told his ruling party's lawmakers in the
Turkish parliament.

He was referring to supporters of US-based Muslim preacher Fethullah Gulen, blamed by Ankara for orchestrating the failed coup in July last year.

Tensions between the two NATO allies have been strained over the past year due to a number of issues, including Germany's greenlight for asylum petitions of Turkish nationals blamed by Ankara for playing a role in the coup attempt.

Yildirim on Tuesday confirmed Berlin's positive response to asylum requests opened the way for relations to be “strained again.”

In retaliation, Turkey has refused to allow German lawmakers to visit a NATO base near Syria, a refusal the German foreign ministry described as “absolutely unacceptable.”

The Turkish premier did not say anything about a Turkish ban during his address.

Chancellor Angela Merkel said Turkey's position was “unfortunate” and that Berlin would look for alternatives to Incirlik, including in Jordan.

Merkel also defended the lawmakers' visit, saying that since Germany's military missions always require parliamentary mandates, “it is absolutely essential that our lawmakers are able to visit our soldiers.”

Bilateral ties plunged during the referendum campaign to boost Turkish President Recep Tayyip Erdogan's powers and took a further hit with the case of a German-Turkish journalist for Die Welt daily, Deniz Yucel, jailed in February on terror charges and is awaiting trial.

Erdogan has repeatedly accused Yucel of being a German “agent”.

Merkel has said Ankara's arrest and treatment of Yucel was “incompatible with a constitutional state”.