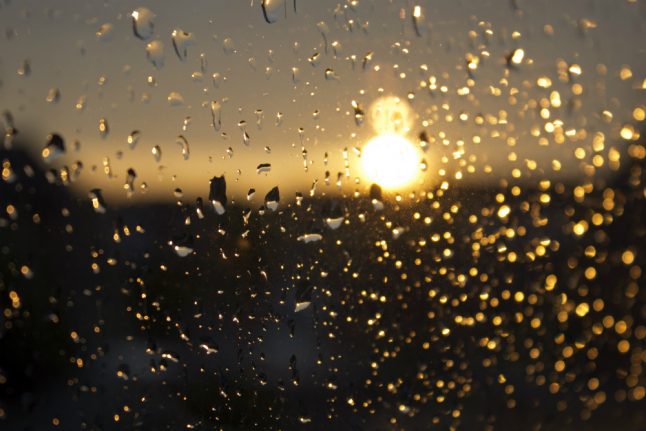 The German Weather Service (DWD) reports that while Wednesday will provide sun for the whole country, Germany will then experience a wide range of different weather conditions, from high temperatures to potential storms.

In the north, Wednesday will start off with thick clouds and spots of rain rolling across the region, before giving way to the sun.

For the rest of the country there will be very little clouds, if any, with highs of 24-28C. While winds along coastal areas will be keeping the heat at bay, some areas in the west will even see temperatures reaching 30C.

However on Wednesday night, the showers and clouds will start to move across the country, with the DWD saying that they also cannot rule out thunder in some areas. Mainly sun with some cloud is predicted across Germany on Wednesday. Source: DWD

On Thursday, western Germany can expect rain, thunder, and strong winds, with the DWD indicating risks of storms.

It’s a completely different story in the east and south of Germany, where the sun should still be shining for the whole day. Temperatures will be around 25-28C, lowering to between 21-25C as you go further west.

The night going into Friday is where we will start seeing more turbulent weather moving in, as showers and then potentially storms descend on the western half of the country.

On Friday, the east and northeast of Germany again will start off with lots of sunshine, while the rest of the country will be shrouded with cloud cover, even showers in some places. In the middle of the country, and then later moving eastwards, strong storms are expected.

DWD predicts that temperatures will be around 16-22C in the west, but will reach highs of around 27C in the east of the country along the border with Poland.

During Friday night, those areas that had enjoyed lots of sun the previous two days can expect rain and thunder, while parts of the west, which were rained on during the day, will have a chance to dry off during the night with only some cloud cover predicted. Towards the end of the week a real range of weather is on offer across the country. Source: DWD

Over the weekend the west and northwest of Germany can expect lots of cloud and sporadic showers, while the rest of the country will stay largely pleasant and dry. Temperatures over the weekend will be around 17-22C.

Then at the beginning of next week, the country can expect warmer weather with temperatures ranging between 19-25C, however the west and northwest will again experience increasingly thick cloud cover.