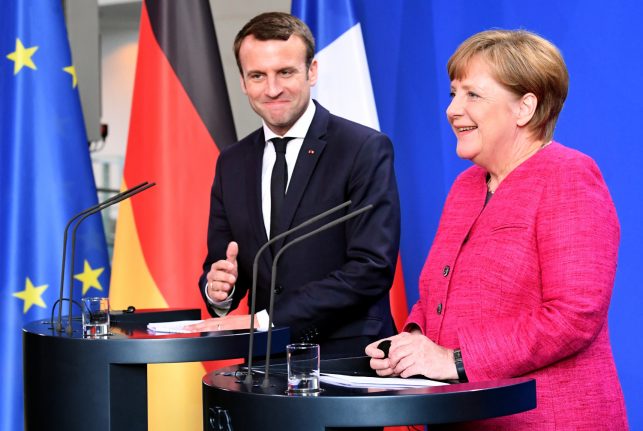 Travelling to the German capital to meet the veteran leader in his first official trip abroad, Macron used the opportunity to call for a “historic reconstruction” of Europe.

During his campaign, Macron had thrown up ideas on reforming the eurozone, noting that the currency bloc cannot go on as it is if it wanted to avoid falling prey to protest and populism.

Among reforms he wants to see are setting up a separate budget for the 28-member group, as well as giving it its own parliament and finance minister.

But the proposals have sent alarm bells ringing in Berlin, and initial relief about his victory against far-right leader Marine Le Pen had quickly given way to fears about his reform plans.

Finance Minister Wolfgang Schäuble warned that such deep-reaching reforms would require treaty changes, which were “not realistic” at a time when Europe is hit by a surge of anti-euro populism.

But at a joint press conference following their talks, Merkel adopted a conciliatory tone and offered what appeared to be a key concession.

“From the German point of view, it's possible to change the treaty if it makes sense,” she said.

“If we can say why, what for, what the point is, then Germany will be ready.”

Germany and France are the eurozone's two biggest economies.

Merkel's approach underlined her view that it was crucial not only for France, but for Germany, to help Macron succeed – a point that she has repeatedly stressed.

Yet it remains to be seen if her approach would go down well in Germany, which is deeply adverse to shouldering burdens of eurozone laggards.

Macron sought to bat away German fears on debt, saying he was opposed to mutualising “old debt” between eurozone countries.

However, he signalled readiness to look at sharing future burdens.

“I am not a promoter of the mutualisation of old debt” within the eurozone, said Macron after meeting Merkel, adding however that the joint financing of future projects should be considered.

Underlining the concerns over Macron's proposals, Germany's biggest selling daily Bild warned ahead of the French leader's meeting with Merkel that before seeking deeper EU integration, “France must once again be at the same level as Germany politically and economically”.

“Only then can the EU be reformed or develop deeper integration,” it said.

The priority for France must be to “loosen the jobs market, to simplify the highly complicated pensions system, to trim the civil service,” it said, placing any investment from Germany secondary.

Any reforms would likely still have to be held off until after September, when Merkel faces reelection.

“Her room for manoeuvre is very limited – with her migration policy she has used up a lot of political capital in her own party,” said a German minister speaking on condition of anonymity, referring to her liberal
immigration policy that let more than a million asylum seekers into Germany since 2015.

“On the other hand, Macron's style suits the chancellor. She likes substance, she likes people who are hands on and she knows he won't take her for a ride,” said the minister. 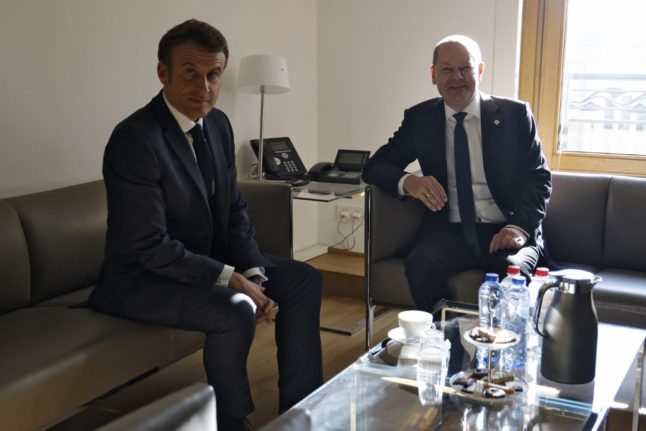