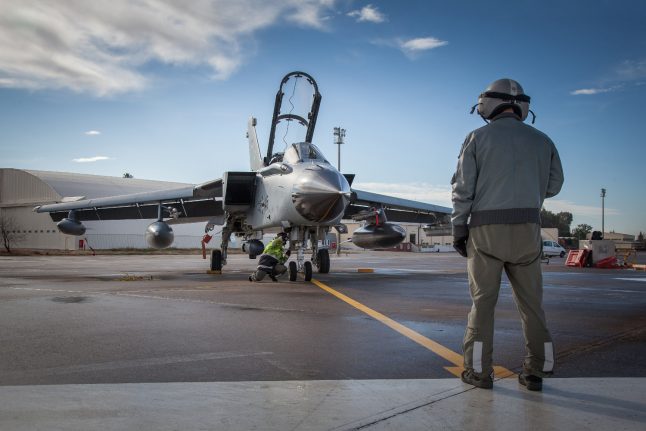 The German Foreign Ministry has informed the parliamentary defence committee that Turkey rejected a planned visit by their MPs to German troops stationed at Incirlik air base, DPA reported on Monday.

Germany will now “look into alternative locations” for its military personnel who are part of the multinational coalition against terror group Isis, said spokesman Steffen Seibert.

Jordan offered “the best conditions”, added a defence ministry spokesman. Along with around 260 German soldiers, Germany has reconnaissance jets as well as a refueling aircraft at the base.

Turkey had also barred MPs from visiting the base last summer in a move that some connected to the Bundestag (German parliament) vote to recognize the Ottoman Empire's First World War-era massacre of Armenians as a genocide.

Turkey, the state which emerged from the Ottoman Empire after the First World War, has adamantly denied that there was a genocide.

Chancellor Angela Merkel then sought to smooth relations over the disputed genocide resolution by saying through her spokesman that the Bundestag vote was “not legally binding”. Only then did Turkey allow the German lawmakers to visit in October.

According to DPA, the defence ministry has looked into alternative bases in Jordan, Kuwait and Cyprus, though Jordan is currently the favourite. Parliamentary sources said a decision should be made in the next few weeks.

Tensions between Berlin and Ankara have been escalating in recent months, particularly following President Recep Tayyip Erdogan’s crackdown against perceived dissenters in the wake of the coup attempt.

Two German journalists have been arrested so far this year, and local German officials’ cancellations of campaign events for Erdogan’s ultimately successful referendum to expand his powers led the Turkish leader to accuse the country of employing “Nazi” methods.