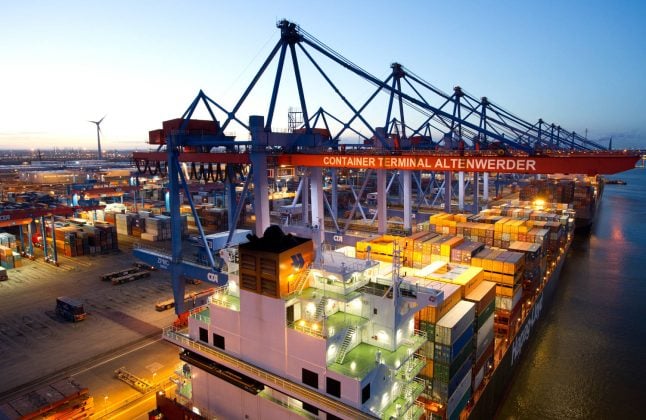 “In 2016 Germany's current account surplus was the world's largest in dollar terms,” IMF economists noted in a report.

“Policies that boost public and private investment and reduce the need for private saving … would accelerate the necessary external rebalancing process.”

US President Donald Trump and EU partners have criticized Germany's trade surplus – the amount by which its exports outweigh its imports – saying that it is costing growth and jobs in their own economies.

Berlin has in recent years booked massive surpluses in tax income even as it pays down debts under the no-new-borrowing policy of Finance Minister Wolfgang Schäuble.

But critics accuse the tough finance chief of failing either to invest enough in infrastructure to secure long-term growth, or to cut down the government's slice of a swelling economic pie.

Looking to social policy, the IMF recommends reducing tax on labour to boost businesses' readiness to hire new workers, as well as reforming pensions to encourage people to work longer.

An ageing population is a key concern for the German economy, as the post-Second World War “baby boomer” generation heads towards retirement in the coming decade.

Meanwhile, the economists argue against rolling back tough labour market reforms introduced in the early 2000s.

Ahead of September elections, Social Democrats are campaigning to change the so-called “Hartz reforms”, which are credited with boosting the number of people in work, in part by reducing benefits for the long-term unemployed.

Instead, policymakers should make it easier for women with children to return to work and for refugees to integrate into the labour force, the IMF recommends.

The IMF said that in the near future, Germany's economy should continue to perform well as foreign demand for its goods compensates for rising prices dampening consumption at home.

Nevertheless, “anti-globalization policies abroad could negatively affect long-term prospects for the Germany economy,” it warned, adding that “in the euro area, an insufficient progress in the reform agenda may rekindle stress”.

Chancellor Angela Merkel was later Monday set to meet newly-inaugurated French President Emmanuel Macron, who was elected on a platform that includes working together with Germany to secure deep reforms to the 19-nation single currency zone.