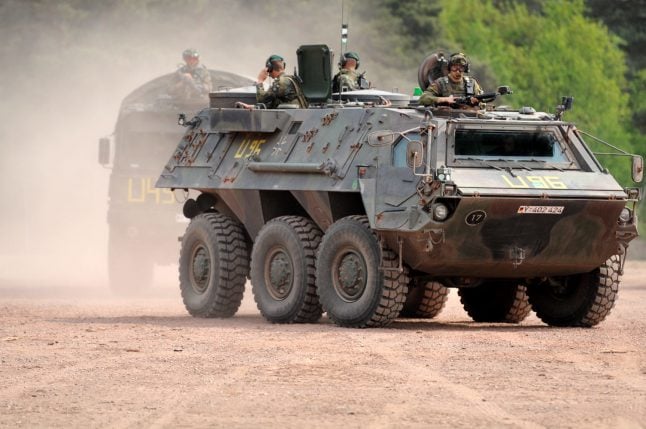 A "Fox" tank used by the German military. Photo: DPA.

The theft occurred back in February at a military training area near Munster, Lower Saxony. Someone broke into a “Fox” tank and snatched two G36 assault rifles, one P8 pistol, one flare gun, two magazines without ammunition, two radio devices, and one pair of binoculars.

The weapons were not loaded at the time, said a ministry spokesperson. The local prosecutors in Lüneberg are currently investigating.

The news comes at a time when the Bundeswehr (German army) is embroiled in an ongoing scandal after two soldiers and one civilian were arrested over allegedly plotting a far-right terror act. Investigators say one of those arrested, Lieutenant Franco Albrecht, had managed to create a fake identity as a Syrian fruit seller, and even gained asylum status, in order to cast blame on refugees.

Albrecht is also suspected of having stolen ammunition from Bundeswehr stocks.