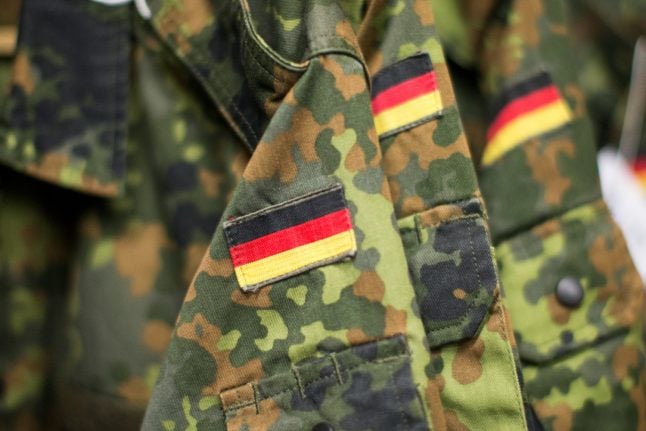 Citing figures from the Military Counterintelligence Service (MAD), the Rheinische Post reported on Thursday that the Bundeswehr (German military) has recorded more than 2,500 right-wing extremist suspects.

The report comes amid a scandal which has engulfed the Bundeswehr since late April, when a soldier was arrested on suspicion of planning a far-right terror attack, leading the Defence Minister to call for sweeping reforms to the military.

In total two soldiers and one civilian have been arrested over the alleged conspiracy to kill pro-refugee politicians and – having created the fake identity of a Syrian refugee – make it look like an Islamist attack.

According to the MAD figures obtained by the newspaper through security sources, the number of right-wing extremist suspects investigated each year has actually plummeted since the draft was abolished. In 2010, there were 585 cases investigated, while in 2016, there were 227 cases.

Still, so far this year there have already been 104 cases. Suspicions are also only substantiated in about 7.2 percent of cases.

Before the report was published, a politician from Angela Merkel's Christian Democrats (CDU) proposed that bringing back the draft could actually be a solution to the Bundeswehr’s ongoing scandal.

“If we brought back the draft, citizens in uniform would act as an early warning system for spotting extremism from the far right and far left,” Patrick Sensburg told the Funke Mediengruppe on Wednesday.

He added that since the draft was abolished six years ago, the Bundeswehr no longer represents a cross section of German society.

“Out civilian population is our immune system against the enemies of democracy,” he said.

Merkel herself has since spoken out against bringing back conscription.

“What the Bundeswehr needs is predictability in its development,” she said on Thursday.

“In continuity with this decision [from 2011], we should now carry out the necessary reforms.”

Defence Minister Ursula von der Leyen announced a series of reforms for the armed forces on Wednesday, including a review of its 1982 “decree on traditions” which allows the display of Wehrmacht memorabilia within its “historical context”.

The current rules “include many good points but allow for back doors,” she said, following revelations that Nazi-era army steel helmets, weapons and pictures were on open display in some army barracks.

Amid the scandal, debate has flared on why a Wehrmacht item can be shown in a glass display but not in an officers' mess, and why several barracks are still named after Second World War field marshall Erwin Rommel, dubbed the “Desert Fox” for his North Africa campaign.

Von der Leyen had pledged zero tolerance on all forms of extremism after it emerged the top suspect arrested, Lieutenant Franco Albrecht, 28, had expressed racist views years ago, but that superior officers looked the other way out of a “misunderstood esprit de corps”.

The minister, under fire over the scandal, also announced changes to reporting chains, disciplinary procedures and the civics education of soldiers, speaking before a hearing by the parliamentary defence committee.

Germany's Bundeswehr – including the army, navy and air force – has a troop strength of about 180,000 active military personnel, the second largest in the EU after France.