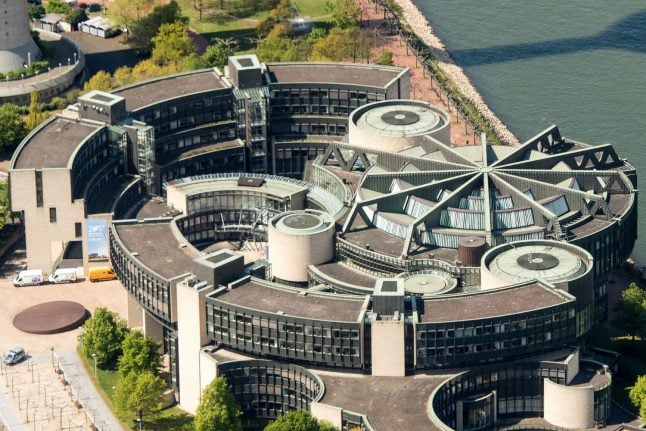 North Rhine-Westphalia (NRW) is the sleeping giant of the German federal system. It has the largest population of any German state, and contributes more to the country’s economy than any other state.

But at the same time, high levels of unemployment, poor education standards, and high crime are some of the reasons why it has less national prominence than Bavaria or Baden-Württemberg.

We take a closer look at the election in Germany’s former industrial engine room.

The western state is home to 17.9 million people, 6 million more than Bavaria, the second largest state by population.

The Rhine-Ruhr metropolitan region has 10 million inhabitants, making it one of the largest metropolitan areas in Europe.

It has the largest state parliament in the country with 181 elected officials sitting in the Landtag in Düsseldorf.

In 45 out of the last 50 years, the Minister President (state leader) was a member of the Social Democrats (SPD).

Hannelore Kraft (SPD), the current Minister President, has been in power since 2010. Her party has been in coalition with the Greens.

The Ruhr region is the industrial heart of NRW. It profited from coal and ore mining in the 19th century to become one of the richest parts of Germany. Up until the 1960s these natural resources proved crucial to the German economy, helping power the Wirtschaftswunder after the Second World War.

But the decline of the coal industry hit the region hard. And the transition from mining to services hasn’t always been smooth.

The state can date its actual birth back to the post-war period when it was under British occupation. The British tied together two Prussian provinces – North Rhine and Westphalia – to make the state.

The regions are actually culturally very different from one another. In North Rhine the locals speak a dialect of Franconian, while in Westphalia they speak Low German.

Deindustrialization hit NRW hard and the state still has the highest levels of unemployment in former West Germany (excluding the city-states of Bremen, Berlin and Hamburg).

The number of unemployed persons has dropped by 74,000 over the past six years. But at the same time, two former East German states – Thuringia and Saxony – now have lower joblessness rates, as unemployment has sunk to a historical low nationwide.

And despite higher employment, the number of people threatened by poverty in NRW has crept up over recent years, from 15.4 percent in 2010 to 17.5 percent last year.

If you send your kids to school in NRW, they will have €800 less spent on them in a year than the German average. Still, the education ministry in NRW has raised its annual budget from €13.9 billion in 2010 to €17.9 billion last year. And whereas in 2010 only 14 percent of kids under three were in kindergarten, that number has now gone up to 26 percent.

Crimes committed in NRW have stayed stable for a few years at around 1.5 million recorded cases per year. The state's crime rate of 8,603 per 100,000 inhabitants is the second highest behind Saxony-Anhalt of all the 13 Flächenländer (non-city states.)

The police also have a poor record of solving crime. Just over half (50.7 percent) of crimes are solved, the worst record among the Flächenländer.

NRW has also been at the centre of two seismic crime stories in recent years, the first being mass sexual assaults over New Year 2015-16 in Cologne. The state interior ministry was accused of being completely unprepared for the attacks and of then trying to cover them up.

Meanwhile a Tunisian terrorist who attacked a Christmas market in Berlin in December 2016 was being followed by investigators in NRW a year previously, but they appeared to have lost track of him when he moved east to live in the German capital. Hannelore Kraft can point to a record of reducing unemployment and improving investment in education.

The daughter of a tram driver and a ticket controller from the Ruhr region, she has the state’s working class DNA in her blood. But her popularity among voters has sunk recently and newspapers have accused her of lacking ambition and guts after she definitively ruled out ever running for the job of Chancellor.

She says: “We have done a lot to bring things forward. Minimum wage, pensions and rent controls for example. We have already successfully argued for these in Berlin. Now we need to see them through.” Armin Laschet, lead candidate for the Christian Democrats (CDU) is a good-natured ex-journalist from Aachen in the south of the state, and is considered a loyalist to Angela Merkel.

He has strongly criticized the SPD for their record on crime, accusing the party of failing to get to grips with a growing Islamist scene, and of allowing “no-go” areas to emerge in inner cities.

After Kraft humiliated the CDU in the last election in 2012, Laschet has rebuilt the party, growing its membership to a record level.

But he clearly doesn’t compete with her when it comes to popular affection. In a theoretical direct contest to elect the Minister President, Kraft would beat him with 49 percent to 28 percent of votes, according to a recent survey.

He says: “We need to get away from this twilight zone – like in economic growth and education standards. NRW needs to play the role among the 16 federal states that its size deserves.”

Where the parties stand

Polling currently shows that the SPD would win between 32 and 36 percent of the vote, while the CDU are set to gain between 27 percent and 34 percent.

But two surveys carried out this month by public broadcasters ARD and ZDF put the parties neck-and-neck, and the CDU believe they can build on the momentum of last Sunday’s state election in Schleswig-Holstein, where they ousted the SPD incumbent.

“In NRW too, many people have had enough of the red-green paternalism,” claims Laschet.

Three other parties are likely to make it into the state parliament: the Free Democrats, The Alternative for Germany (AfD), and the Green party.

According to DPA, the most likely result is a “grand coalition” between the SPD and the CDU. The major question remaining is, which of those two parties will pick the Minter President?