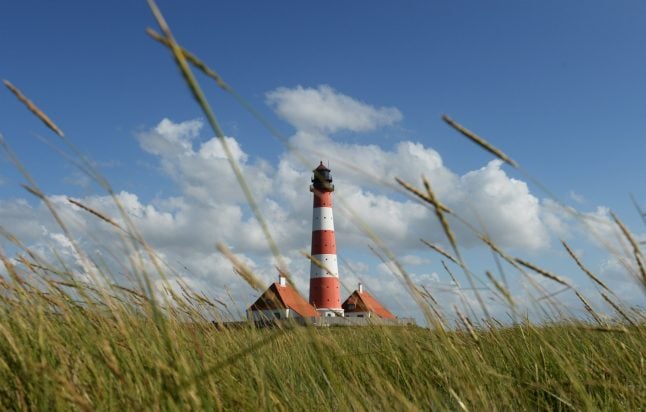 A lighthouse in Schleswig-Holstein. Photo: DPA

The state parliament elections are set to be tightly fought between the Christian Democratic Union (CDU) and the Social Democrats (SPD). With CDU a nose ahead in most polls, it could be the conservative party building the next government.

Here is some fascinating background on the second smallest state in Germany.

1. Several wars have been fought over the state

Historically the Danes were constantly trying to win control of Schleswig, which has a Danish speaking minority. When they took control of the duchy in 1863, the Prussians and Austrians went to war and secured a swift victory the following year. In the Peace of Vienna, they forced the Danish king to give up his claims on Schleswig and Holstein.

But when the two German-speaking powers bickered over control over the territories, they too went to war. In 1866 Prussia was victorious over Austria and incorporated the territories into its empire.

2. The lions aren’t getting their bums stung

On the coat of arms for the state, the symbols of Holstein and Schleswig can both be seen. The two lions represent Schleswig while the leaf of a nettle is for Holstein.

Before the Prussians took over the region, the lions faced away from the nettle. But legend has it that Prussian Chancellor Otto von Bismarck couldn’t bear the idea of the ‘Danish’ lions pointing their bums at the Holstein nettle. At any rate, the lions looking at the nettle underscores the unity of the two regions.

Schleswig-Holstein has a remarkable four official languages – German, Low German, Danish and North Frisian. There is a Danish minority of around 50,000 inhabitants in the state, who have their own political party, the South Schleswig Voters' Association (SSW). The SSW are unique in not needing the typical five percent of the vote to make it into parliament.

4. A right-wing Danish politician wants the region back

Danes making up only a tiny minority of the state's 2.9 million inhabitants hasn't put one loud-mouth, far-right politician from north of the border off wanting them back.

Søren Espersen, deputy leader of the Danish People's Party, said in February that “we would like a Denmark to the Eider. This is a hope and a dream at the same time.”

Before the Peace of Vienna in 1864, the Eider River marked the southern border of Denmark. The northern state has the largest national park in central Europe – the Wadden Sea National Park. The park incorporates part of the largest area of tidal flats in the world and has been an UNESCO World Heritage site since 2009. And that's not the only spot that has made it onto the prestigious list. The beautiful old trading town of Lübeck is also a UNESCO site.

6. It has Germany’s only high sea island

Schleswig-Holstein is famous for the beauty of its islands, such as Sylt, the playground of Germany's rich and famous. But it also has the country's only high sea island, Heligoland, a tiny speck of land 46 kilometres off the German coast.

Famously the Brits tried to blow it up after the Second World War so that Germany could never use it as a naval base again.

7. The largest heavy metal festival in the world

Wacken Open Air becomes a shanty town filled with around 75,000 metal heads every August and things tend to get muddy… very muddy. Alice Cooper will be headlining this year.

It also has a rather spectacular looking classical festival, held this year in August. The Schleswig-Holstein Music Festival is staged in castles, palaces and churches around the state. The state’s official anthem, written in 1844, is commonly known at the Schleswig-Holstein Song. But it is actually called “Wanke nicht, mein Vaterland”. And while that might sound rather filthy (and just a little bit Nazi), it actually means “don’t falter, my fatherland.”

In 2014, Schleswig-Holstein became the first German state to cover 100 percent of its energy needs through renewable energy. With steady winds blowing in off the North Sea, the state creates most of its energy via wind turbines.

The husband of the Queen of England might be retiring from public life in Great Britain, but he is unlikely to give up his title as prince of the House of Schleswig-Holstein-Sonderburg-Glücksburg. This might be due to the fact that the role comes with no power or responsibility – since Schleswig-Holstein has belonged to the German republic since 1946, it does not have a monarchy.