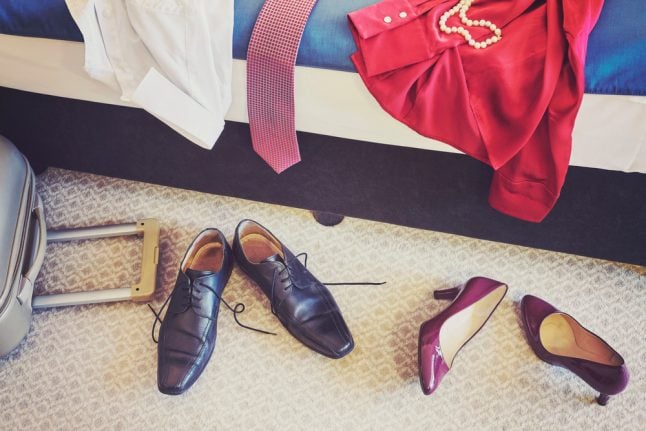 For three nights in June of 2010, a woman stayed with a male companion at a hotel in Halle. Nine months later, she gave birth to her baby son Joel, and she believes the man she spent those summer nights with in the hotel is likely the father, a Munich court reported on Friday.

But there is a big problem. she doesn’t know how to find her son’s probable father because she only knew his first name: Michael.

So the woman decided to ask the hotel administration for the address and full name of her three-night bed-buddy so that she could could track him down for child support purposes.

But the hotel argued that it had no obligation to hand over the personal data of one of their former guests. Furthermore, during the time period when the woman stayed with them, the hotel had four male guests with the first name of Michael. Because the woman could give no further details about her specific Michael, the hotel said that it would not be able to clearly identify which man she had stayed with.

Therefore the woman filed a case against the Munich-based hotel chain to retrieve the information she wanted, according to the Abendzeitung.

But the court rejected the woman’s claim, saying that she was not entitled to demand the data from the hotel.

According to the court, the potential father’s right to self-determination of his own information – as well as his right to protect his family or marriage – took precedence over the woman’s right to child support and protecting her family.

The court further argued that the four possible Michaels had a right to privacy, which protects them from having to reveal sexual relations. They should therefore be able to determine for themselves how and to whom this information is divulged.

“This right is affected by the exposure of the data because as a result, the possibility of [the man having] a sexual relationship with the complainant, as the mother of the child, would be irrefutably placed in the room,” the court wrote in its decision.