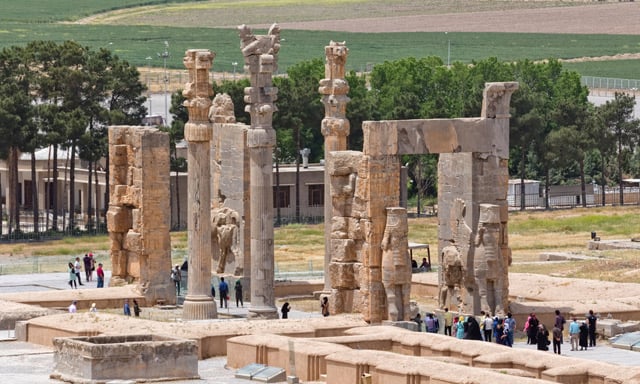 The bus driver lost control about 20 kilometres outside of the ancient ruins of Persepolis. Photo: dbujarin/Depo
One of the tourists in critical condition was transferred to hospital in Shiraz by helicopter, Mizan Online website reported, quoting the head of Iran's emergency services.
Some 10 ambulances and a bus were dispatched to the scene to ferry the others to hospital, it said.
State news agency IRNA said two Iranians, the driver and a tour guide, were among the injured.
The bus driver had lost control due to high speed on a rainy road between Shiraz and Saadat Shahr, a small town about 20 kilometres from the ancient ruins of Persepolis.