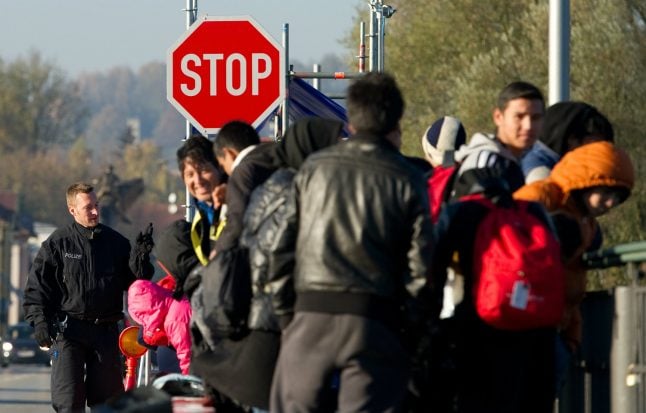 Refugees at the German border with Austria. Photo: DPA

The figures released by Eurostat on Wednesday display in clear terms how a few countries have shared the majority of the burden in taking in refugees from war-torn Syria.

While Germany took in 295,000 of the 406,000 Syrians who were granted asylum in the EU during 2016, major economies such as France and and Great Britain failed to offer protection to more than a few thousand.

The UK offered protection to 1,850 Syrians, 160 times less than Germany.

Sweden was the country which bore the second largest share of the burden, taking in 44,905 Syrians.

Germany also offered asylum or subsidiary protection to three quarters of the 66,000 Iraqis who were offered protection during this time in the EU, and to around 60 percent of all Afghans.

In Europe as a whole, 55 percent of the offers of protection were for full refugee status, 37 percent were for subsidiary protection, and eight percent were authorization to stay for humanitarian reasons.

While both refugee and subsidiary protection status are defined by EU law, humanitarian status is granted on the basis of national legislation.

But despite the EU rules for who should be determined a refugee, there were drastic differences in recognition rates from country to country.

Throughout the refugee crisis, Germany argued for a quota system that would distribute refugees across the 28 member states of the European Union according to indices such as economic growth and unemployment.

But the proposal met with fierce resistance from eastern European states, while countries largely failed to live up to their pledges on a pilot project for the quota.