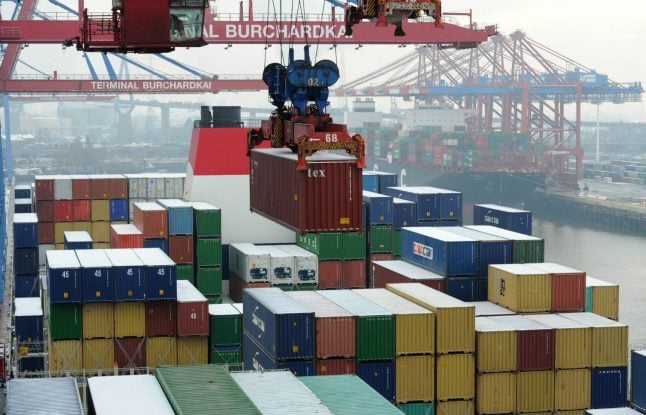 She left unchanged the government forecast of 1.6 percent growth in 2018.

“The German economy is growing solidly and remains on an expansionary path.

And that's despite a global environment marked by uncertainties,” Zypries said.

“Good conditions in the labour market and strong increases in employment assure a strong domestic economy.”

Berlin expects unemployment to fall slightly further from already historic lows in 2017, before stabilising next year.

Low joblessness and rising wages mean that households will have more cash in their pockets, with consumer spending expected to increase by 1.4 percent this year and next.

Companies' investments in equipment will “gradually” pick up in 2017 and 2018, while the construction sector is boosted by public spending and households' demand for homes, encouraged by low interest rates.

Meanwhile, Germany's trade surplus — which has arisen because it exports more than it imports — is expected to shrink, as demand from firms and consumers at home grows faster than the world economy and global trade.

The government economists expect a reduction in Germany's surplus to 7.3 percent of gross domestic product in 2018, a full percentage point lower than the 2016 figure.

Longstanding grumbles from European neighbours and America about Germany's export prowess have flared up since Donald Trump took office.

Elected on an “America First” platform of bringing jobs back to the United States, Trump has refused to reaffirm multilateral commitments to fight protectionism and accused Germany of exploiting a weak euro to sell its goods abroad at knock-down prices.

“Excessively large trade surpluses… are not conducive to supporting a free and fair trading system,” the US leader's Treasury Secretary Tim Mnuchin said after a meeting of G20 finance ministers in Washington Friday.