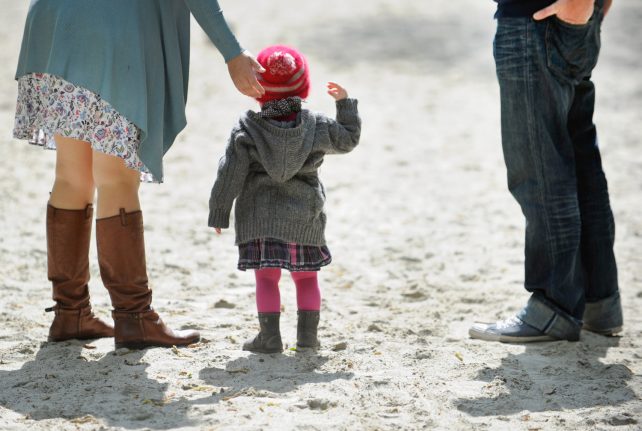 A report by the Institute of Economic and Social Research (WSI) released on Monday showed that women work daily 1.6 times as long as men doing unpaid jobs, like house work, child care, and looking after relatives.

The report was based on a survey of how people between the ages of 18 and 64 divided their time in 2012 and 2013, including on weekends and holidays. It found that working women spent on average three and a half hours each day on unpaid tasks, compared to employed men who spent a little over two hours on such work.

Men did though on average spend more time doing paid work than women: five and a half hours compared to four hours and 15 minutes for women. That’s about 30 percent more working time for men compared to women.

“Many couples wish to have a split of responsibilities in a partnership. But the reality looks different: Most of the unpaid work… is still performed in Germany by women,” the report notes.

“As long as this remains so, equality in the workplace and in society is not achievable.”

The difference between who does more paid versus unpaid work is also due in part to how women tend to take on reduced hours more so than men, generally due to starting a family. Nearly every second woman in Germany works part-time. For mothers, having a full-time position is more of an exception than it is the rule, while fathers almost always work full-time, the study observes.

But there the study also showed that even when both husband and wife are working full-time, the female partner still spends vastly more of her time doing unpaid work. A husband with children under six in a full-time position in total works nine hours and 11 minutes each day, on average, and one-third of this time is spent on housework or child care.

But his wife who also has a full-time job would spend more than half of her roughly nine daily working hours doing unpaid tasks, according to the study.

“The fact that women often cut back on their careers is directly associated with the unequal allocation of household work, which is linked to significant consequences for women’s incomes, as well as for their professional opportunities and their security in old age,” the report states.

Still, the study did note that it is becoming more common for fathers to take parental leave than in the past. And men who do take parental leave are also more likely to reduce their working hours when they head back to the office: About one in four dads cut down on work hours at the end of their leave.

Caring for sick or elderly relatives also seems to be a responsibility more often carried by women. Three percent of women, compared to just one percent of men spend at least two hours a day caring for family members in need.

“Policies on equality should therefore connect professional equality for women with incentives for a redistribution of unpaid work for men, and create for both genders better conditions for both genders,” the study authors write.