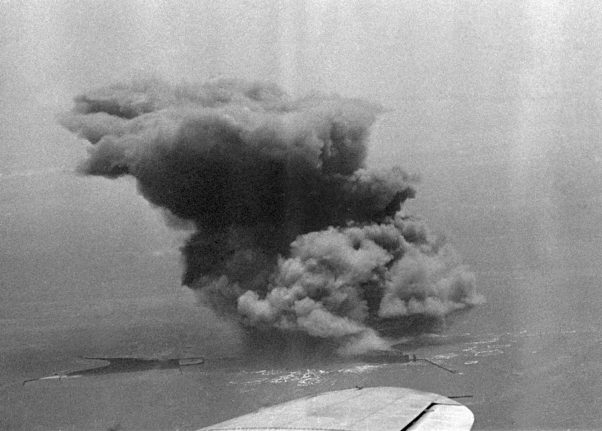 A photograph of the explosion on April 18th 1947. Photo: DPA

“The story that is always told – that the Brits wanted to completely destroy Heligoland and let it disappear into the North Sea – is definitively false,” says Klaus Furtmeier, director of tourism on Heligoland.

“I’ve had a look at the military orders and they clearly state that the island should be made ‘permanently militarily unusable'.”

The British plan to make the one-square-kilometre island “permanently militarily unusable” was executed on April 18th 1947.

By the end of the Second World War, the German U-Boot bunker on Heligoland, which lies 46 kilometres off the German coast, had remained largely undamaged, as had an overground fortress, which spoked out across the island's surface.

In order to ensure that Germany could never use the island for military purposes in a future war, “Operation Big Bang” was developed.

And the bang was indeed rather big. British soldiers packed 4,000 torpedo heads, 9,000 depth charges and 90,000 mortar rounds into the tunnel labyrinth.

A total of 6,700 tonnes of explosives were detonated – to this day the largest non-atomic detonation in history – sending a mushroom cloud 1,500 metres into the air. In modern comparison, the explosion had 609 times the power of the largest non-atomic bomb in the US military arsenal – an explosive first used in Afghanistan this month.

“Even in Hamburg, 100 kilometres away, a warning was issued about the military operation,” says Furtmeier.

To this day the wounds in the island still haven’t healed. The explosion didn’t just blow up the military bunker, it also ripped down part of the sandstone cliff on the southern part of the island. Meanwhile a mound of debris covered a stretch of the lower part of the island, creating what is now known as the Mittelland.

It wasn’t the first time that the Brits had obliterated large parts of the island either. Exactly two years before, on April 18th 1945, almost 1,000 British bombers attacked Heligoland, destroying the town and some overground military fortifications.

The island’s 2,500 inhabitants were able to survive by taking cover in the underground bunker. But days later they were evacuated and were only allowed to return in 1952, after the British used it as a practice range for their bombers.

Today the population of the island stands at 1,500 people.

“The people of Heligoland have a much more intense and profound attachment to their home than other people,” Furtmeier says.

“The uncertainty about when they could return, or whether it was even possible, affects them to this day in an emotional way.”

The craters “which tourists now use as wind barriers while they enjoy a glass of wine”, serve as reminders for the islanders of their history, he adds. 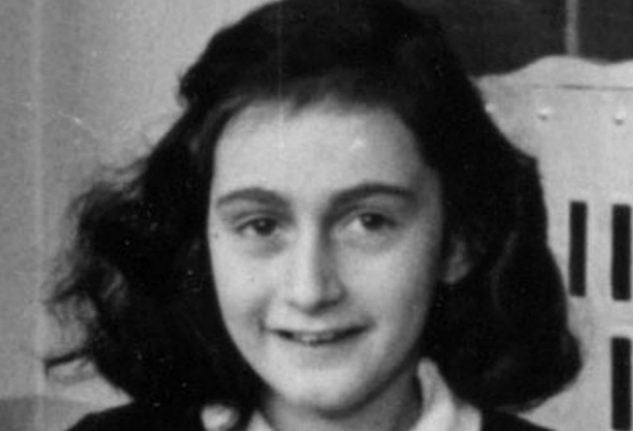 HISTORY
Anne Frank: her life after the diary ended 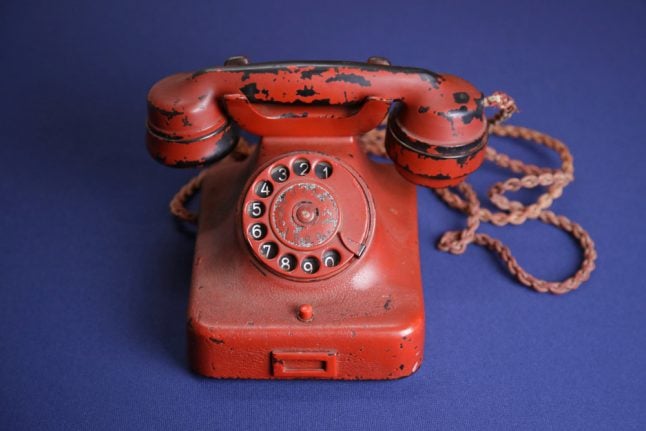