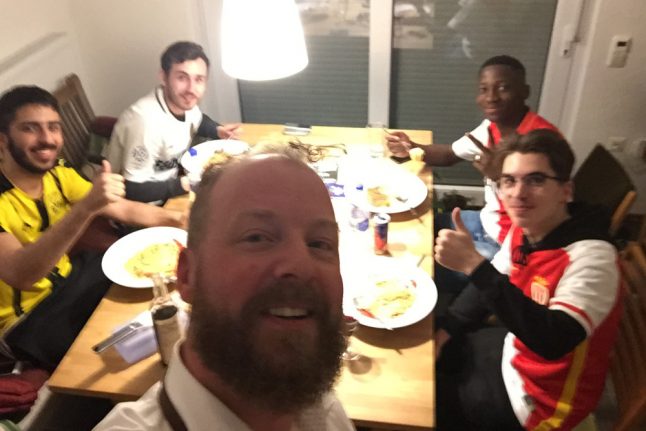 The game has been postponed until Wednesday at 6.45pm.

Fans were told their tickets for Tuesday would still be valid on Wednesday, leaving visiting Monaco fans in need of accommodation over night.

Both teams tweeted that AS Monaco supporters could use the hashtag #bedforawayfans on Twitter to find locals willing to take them in. And the hashtag was quickly picked up and spread, with football enthusiasts sharing photos of themselves sharing meals and sofas with the opposing team’s fans.

“That is football,” wrote AS Monaco in German, along with a picture of black-and-yellow jerseys sharing snacks with the red and white ones.

Borussia Dortmund thanked their fans on Wednesday morning on Twitter for their hospitality.

Monaco’s supporters had shown their solidarity on Tuesday night after the news of the explosions broke by chanting inside the stadium “Dortmund, Dortmund”.