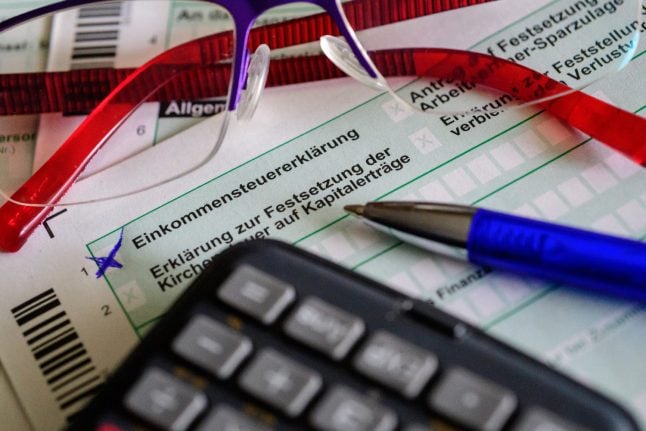 The Organization for Economic Cooperation and Development (OECD) reported on Tuesday that Germany has the second highest tax rate after Belgium when comparing 35 developed countries around the world.

The OECD calculated each country’s tax wedge – the gap between what employers take home in pay and what it costs to employ them, including personal income tax and social security contributions. Germany had a tax wedge for single, childless workers of 49.4 percent, behind Belgium at 54 percent. That means nearly half of a single person’s income goes towards taxes and social security contributions in Germany.

Meanwhile the OECD average for singles was 36 percent. Hungary had the third highest tax burden at 48.2 percent.

Large tax wedges can indicate whether workers might see less incentive to work given the high burden of taxes, and could instead choose to take under the table pay, or government benefits.

“Boosting the work incentives of low and middle income earners by reducing the tax wedge on labour incomes continues to be an important way of encouraging inclusive growth,” said OECD Centre for Tax Policy and Administration director Pascal Saint-Amans in a statement.

Germany’s tax wedges was much lower for married couples with children, at 34 percent, putting the country in ninth place. However, this was still above the OECD average of 26.6 percent.

Germany also had the second highest social security contributions at 17.3 percent for single people, below only Slovenia at 19 percent.

The Leibniz Institute for Economic Research (RWI) presented a similar study on Tuesday which also showed that Germany’s tax burden is relatively high, with low and middle income earners being the most impacted. And the highest tax burden is already imposed on those making at least €50,000.

In response to the OECD study, the German Association for Taxpayers called for reform, including changes to income tax and the elimination of the solidarity tax contribution, which has been levied since reunification to help finance the country coming back together, particularly to assist the former East Germany.

“The current figures from the OECD are a wake-up call,” said the group's president Reiner Holznagel in a statement.

“Comprehensive tax relief should no longer be taboo. Therefore the solidarity contribution should be abolished no later than by the end of 2019.”