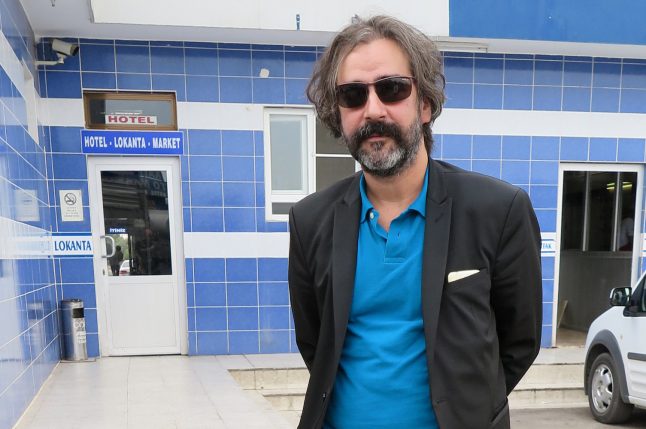 A court in Istanbul on Monday ordered provisional detention for Deniz Yücel, 43, a correspondent of the German newspaper Die Welt who holds dual German and Turkish nationality.

Yücel has been in custody since February 18th over reports on an attack by hackers on the email account of Turkey's energy minister Berat Albayrak, who also is President Recep Tayyip Erdogan's son-in-law.

His employer said a month ago he had been charged with spreading terrorist propaganda and inciting hatred.

Die Welt said his lawyers had on Monday demanded his release while stressing “his right to a fair trial,” as well as “respect for presumption of innocence.”

The newspaper said the constitutional court is the “last national instance” Yücel can take his case  and conceded that his chances of success were “uncertain.”

It said that since the abortive July 15th coup, which was followed by a huge crackdown against tens of thousands of government opponents, the court “has not pronounced on a single demand for the lifting of provisional detention” against those arrested.

The Yücel case has sparked an outcry in Germany, with Chancellor Angela Merkel calling the Istanbul court's decision “bitter and disappointing”.

Some 166 lawmakers in Germany's lower house of parliament have written an open letter calling for Yücel's release.

Erdogan has labelled the reporter a Kurdish separatist and “German agent,” comments which the German foreign ministry said it abhorred as the affair deepened a growing rift between the two countries in the wake of the post-coup crackdown.

Die Welt says Yücel, who presented himself at the Istanbul police headquarters for questioning on February 14th, reported on emails the leftist Turkish hacker collective RedHack had acquired from the private email account of Berat Albayrak, Erdogan's son-in-law.

The paper said the mails concerned control of Turkish media groups and influencing the public with fake tweets.

Relations between Berlin and Ankara slid further in recent weeks after several German cities refused to allow political meetings organised by Erdogan supporters to go ahead.