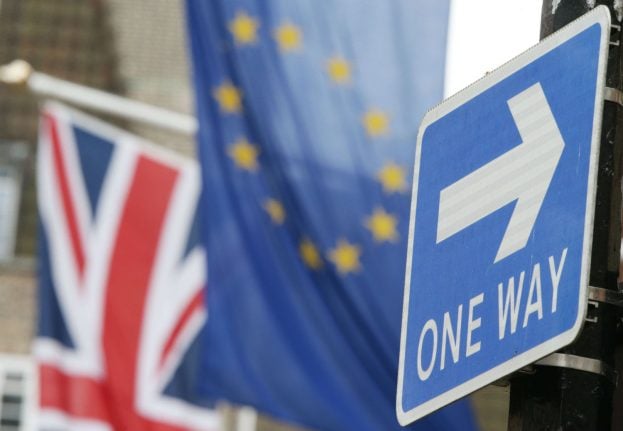 British Prime Minister Theresa May is set to trigger Article 50 of the Lisbon Treaty on Wednesday, formally announcing the United Kingdom's intention to leave the European Union.

The announcement fires the starting gun on a two-year process of bargaining between London and the remaining 27 member states – and Germany will undoubtedly play a key role in establishing the tone of negotiations from the EU side.

Shortly after Brits voted to leave the EU in a referendum in June 2016, one of Germany's leading foreign policy experts told The Local that Berlin must work to maintain close economic ties with the UK.

But the mood on the streets of Berlin this March was somewhat more divided.

“There should be almighty pressure,” one woman in Berlin's Alexanderplatz said, when asked the question of “how tough should the EU be on Britain in the Brexit negotiations?”

Another woman said that the EU should be “really harsh”, adding that she would have been happy if things had stayed as they were.

But others struck a more conciliatory tone.

An elderly couple lamented that the ones who were going to be hit hardest were the young people who had voted against Brexit, not “the old people who don't work anymore and can relax.”

Young people must be “taken care of” in the negotiations, the couple agreed.

Another woman, Gundula, said that since she was born in 1964 – less than a decade after the Treaty of Rome – the EU has always felt “natural” to her.

“I don't want the EU to crumble. It's way too precious. It has to be maintained,” Gundula told The Local during the pro-EU March for Europe in Berlin last weekend.

A young man in his late twenties expressed his belief that “it doesn't make sense for the EU to somehow exclude the UK.”

“I think one should negotiate in a way where everyone works together well,” he said.

Chancellor Angela Merkel stated in June that she does not want to “estrange” the UK during the talks. But more recently the position of her government appears to have hardened in an effort to consolidate European unity against populist movements in France and Poland.

The German Finance Ministry is insisting that Britain pay an exit bill of up to €60 billion in order to “honour the financial commitments it undertook as an EU member state.”

By Alexandra Ball and Julius Haswell