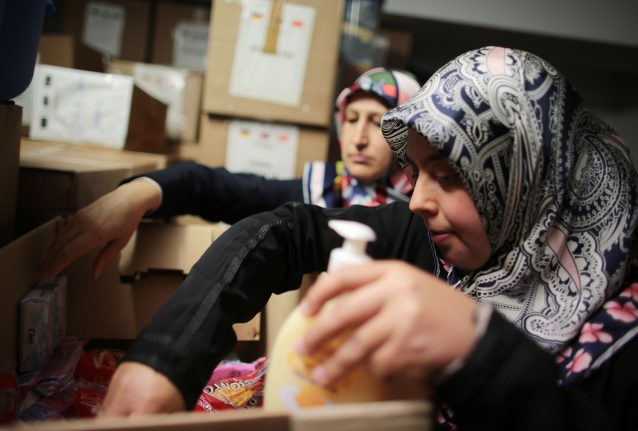 The poll by the Bertelsmann Stiftung showed that, with 44 percent of Muslim reporting that they had worked to help refugees, followers of Islam were more socially engaged than any other religious group.

About one in five Christians (21 percent) also said that they had helped refugees within the past year. And 17 percent of religiously unaffiliated respondents said they had volunteered their time or efforts.

In total, including all religious backgrounds, one-fifth of Germans said they had worked to assist refugees.

“This voluntary involvement shows that our society sticks together in difficult times, regardless of religion or backgrounds,” said Bertelsmann Islam expert Yasemin El-Menouar in a statement.

The survey was part of the third religion monitor report by the Bertelsmann foundation to analyze the role of religion in society.

Bertelsmann experts said that one reason why Muslims are more engaged than other religious groups could be due to their sense of shared origins: many who volunteer came from the same homelands as the refugees they helped, such as Afghanistan, Pakistan, or Bangladesh.

And because it’s important to have helpers on hand who share the same language, religious ideas, and culture as refugees, the experts noted that German Muslims can be “important bridge-builders in our society”.

“The assumption that Muslims would abuse their positions as refugee helpers to influence them religiously is unfounded, according to the Religion Monitor 2017,” the report states.

“At most, one to two percent of these helpers can be said to have the intent of radicalizing refugees. The vast majority of Muslims advocate for having an open attitude towards other religions.”

Of unaffiliated respondents who said they had helped refugees, more than a third reported doing so at least once a week. Among Muslims, this proportion was 28 percent, and among Christians, this figure was about 20 percent.

The study also showed a divide between former Cold War East and West Germany: Nearly one in four (22 percent) within the former West said they helped refugees, while just 14 percent said the same in the former East. However, those who volunteered in the East did so more often than those in the West.