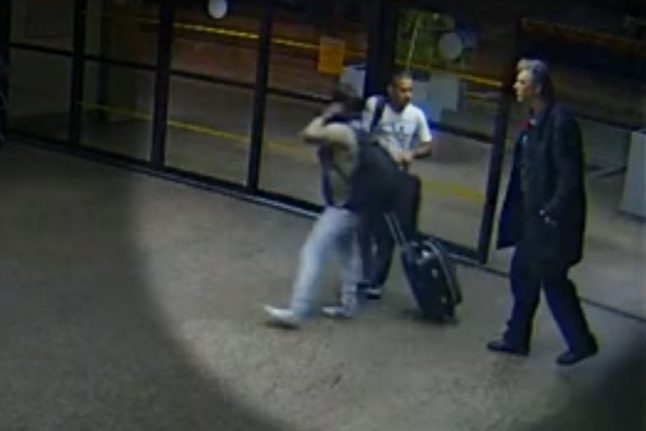 The man, identified by Brazilian news as 44-year-old Stephan Brode from Delmenhorst, Lower Saxony, had travelled to Sao Paulo legally in December. But he missed a connecting flight to New York to get back to Germany, and did not have enough money to buy a new ticket.

Since then, he’s been living near the check-in area of the Guarulhos airport. Now he’s been accused of attacking and harassing a total of seven women, including travellers and airline employees, Brazilian news group Globo reported on Wednesday.

In Brazilian news footage of Brode, he is shown wearing a red rose in the lapel of his coat. The man in the second security video clip also wears a red flower.

But Brode denies the accusations.

The airport’s operations director told Globo that he did not have the power to arrest Brode. Instead, he said they have contacted German authorities to find a solution

Brode’s three-month tourist visa has in the meantime expired. Police told Globo that they have already given him notice to leave the country within eight days. If he does not, he would be deported.

“The German consulate in Sao Paulo is in contact with the implicated person and the responsible Brazilian authorities,” said a spokesperson from the German Foreign Ministry.