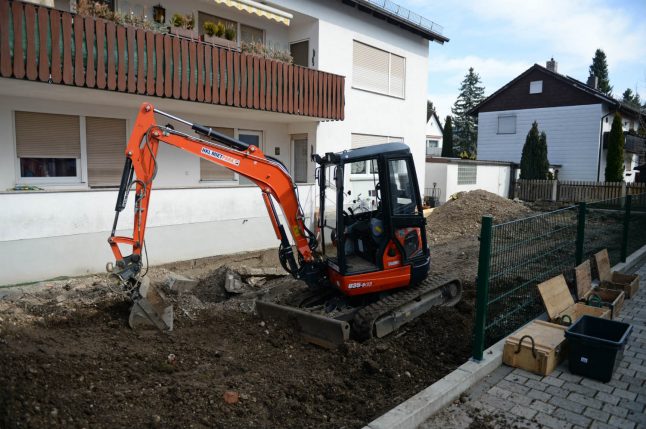 The area of the bomb find. Photo: DPA

An explosives expert identified the presence of a phosphorus compound at a site near Bayern Munich’s Allianz Arena on Thursday, where a ten tonne stockpile of Second World War artillery was discovered at a building site.

Due to the danger posed by the substance, an area with a circumference 100 metres around the find was evacuated in the Freimann neighbourhood. Police officials told residents to leave their homes by 8am on Friday and warned them not to expect to return for an estimated ten days.

Fire crews covered the explosives in wet sand to reduce the chance of them detonating of their own accord.

Locals had already faced days of disruption after the discovery of the munitions earlier in the week.

But while they were allowed back home in the evenings before Friday, the identification of the phosphorus, and the possibility of other dangerous chemicals being present, has led authorities to evacuate the area completely for the next few days.

Residents will stay in hotels or with friends.

White phosphorus armaments were used widely by the Allies during the invasion and liberation of Europe in the later stages of the war. Its use is now considered highly controversial.

The discovery of unexploded Second World War bombs during building work leads time and again to the evacuation of urban areas in Germany.

Most recently, a bomb find in Düsseldorf earlier in March led to the closing down of two motorways. In Augsburg meanwhile, the biggest evacuation in post-war German history saw many people ordered from their homes on Christmas Eve last year.