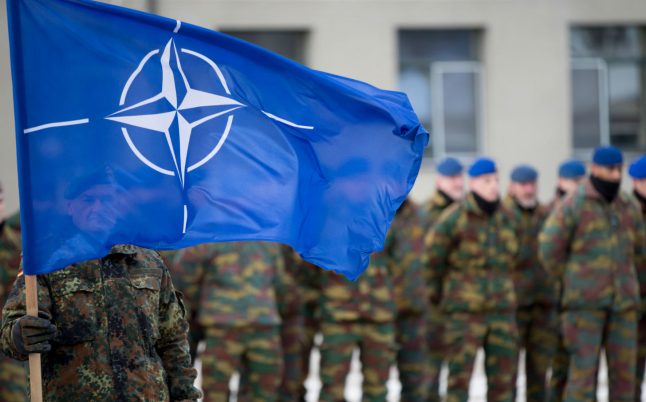 Just ahead of the first face-to-face talks between Chancellor Angela Merkel and Trump, the minister, Ursula von der Leyen, told AFP that the NATO target of spending two percent of GDP on defence painted an incomplete picture of actual contributions.

“For me the question is who is really providing added value to the alliance,” she said.

Von der Leyen proposed using an “activity index” that would take participation in foreign missions into account when assessing budget earmarks for defence.

Trump caused dismay in Europe when he said on the campaign trail that NATO was “obsolete” and failing to meet the challenge posed by Islamic terror groups.

His administration has repeatedly pressed the allies to meet a pledge to spend two percent of GDP annually on defence by 2024.

NATO leaders, urged by then US president Barack Obama, agreed the two-percent target in 2014 and reaffirmed it at a 2016 Warsaw summit to counter a more assertive Russia.

Germany, whose militaristic past has led it traditionally to be reticent on defence matters, currently spends 1.2 percent of GDP.

An increase to two percent would put Berlin's defence budget on a par with Russia's at around 65 billion euros ($70 billion) and is politically controversial as the country heads toward a September general election.

Von der Leyen acknowledged that the German military “urgently needs a modernisation drive” and that boosting military spending was “simply a matter of fairness in the alliance”.

“Germany has a strong economy. None of our partners would understand it if we didn't manage to do our part while poorer countries have to tighten their belts to meet the target.”

However she said member states that take part in NATO operations and exercises or contribute personnel and hardware should get credit towards their two-percent goal.

Von der Leyen insisted that Germany was also putting its money where its mouth is, with a 3.9-percent increase in defence spending already set out in the 2018 federal budget.

“That means we are growing twice as fast as the total budget. I am grateful for that,” said von der Leyen, who belongs to Merkel's conservative Christian Democrats.