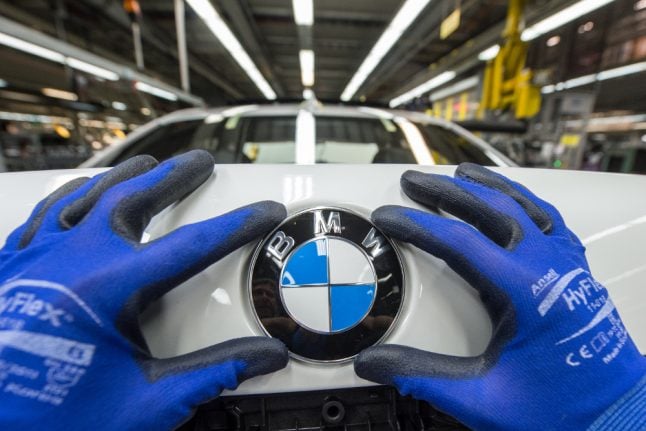 Trump threatened carmaker BMW with a border levy if it builds a plant in Mexico. Photo: DPA.

The minister's combative stance comes ahead of Merkel's first meeting with Trump in Washington and a gathering of G20 finance ministers in Baden-Baden, western Germany, set to be dominated by the US president's “America First” policy.

Trump has targeted the German luxury carmaker BMW by name with threats of a 35 percent border levy if it goes ahead with construction of a plant in Mexico.

If a US border tax was found to breach World Trade Organization rules, “it wouldn't be the first time that Mr Trump has failed before the courts,” Zypries said, in a jab at repeated rejections by US judges of executive orders banning immigration from majority-Muslim countries.

In 2016, the United States was Germany's biggest export customer, importing €107 billion of goods while selling back just €58 billion-worth.

Trump's pledge to bring manufacturing jobs back to American shores has led the president and his advisors to attack major exporting nations like Germany and China, accusing them of manipulating their currencies to make their goods less expensive.

But Germany says that its products are simply better and that the US should focus on producing more competitive manufacturers.

When Trump complained that he saw more Mercedes in New York than Chryslers in Germany, Vice-Chancellor Sigmar Gabriel retorted that “the US will have to build better cars.”

Zypries acknowledged that Germany's trade surplus was a “problem” but said that Berlin was acting to reduce it – and that for now, “the Americans need our machines and industrial plants.”

Alongside cars, capital goods like machine tools are one of Germany's biggest manufacturing sectors.

Zypries predicted that Trump's advisors would warn him that “the Americans would be cutting off their nose to spite their face if they slap such taxes on imports.”

Amid the heightened rhetoric, she acknowledged that “a lot is at stake” as Merkel meets Trump on Friday, calling for clarity and “creating a reliable base” for relations to reduce the “poisonous” uncertainty clouding the economic outlook.