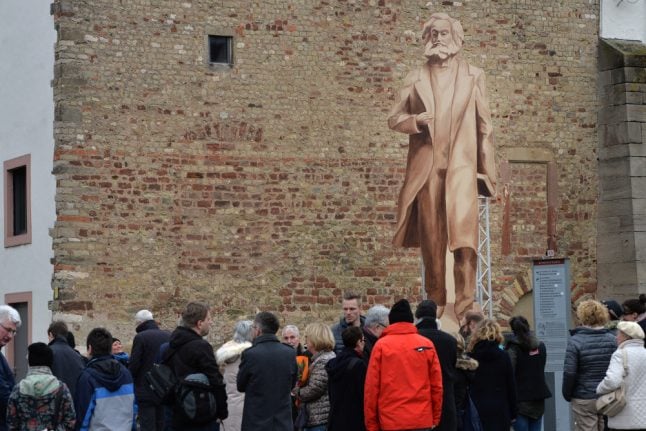 May 5th 2018 will mark 200 years since Karl Marx was born in Trier, then under the Kingdom of Prussia. So to celebrate the town that gave birth to one of the world’s most influential minds, the Chinese government offered Trier a more than six-metre high Marx statue.

But accepting the gift wasn’t so easy.

The city council met on Monday evening to vote on whether to actually adopt the statue as their own. But several unresolved issues fired up the debate.

First there was the moral question of whether the city should accept the gift from a “despotic, inhumane and bloodthirsty regime,” said representative Tobias Schneider from the liberal Free Democratic Party (FDP).

“This signal would be heard,” Marz said.

Another issue was the planned prominent location of the statute, and its sheer size: 6.3 metres high, including the platform. Green party politician Richard Leuckefeld pointed out how the city has long grappled with taking ownership of one if its most world-renowned sons, whose communist ideas are not always welcome by staunch capitalists.

“For decades the city has avoided taking responsibility for honouring Karl Marx,” Leuckefeld said, adding that the gift from the officially communist People’s Republic would fill the “Marx vacuum”.

For Social Democrat mayor Wolfram Leibe, the “mega Marx” would be an “enrichment” for the city.

“Karl Marx is one of the biggest citizens of this city, and we should not hide him,” Leibe said.

Chinese artist Wu Weishan selected the size and central location for the statue so that it would be visible from the former home of the Communist Manifesto author – and the artist is therefore opposed to changing much in his plans.

“The artist will certainly not negotiate things down,” the city council said.

The city must still more formally discuss the size and location with the artist in April.

In the end, the city council voted 42 for accepting China’s gift, seven against, and four abstained.

The statue essentially will not cost Trier anything. The city will only split expenses with China for the pedestal, which will amount to around €35,000 each.

The western city of Wuppertal also found itself in a similar quandary in 2014 when it decided to accept a statue from China of Marx’s colleague Friedrich Engels. Since then the sculpture has become a great photo opportunity for tourists, the city says.