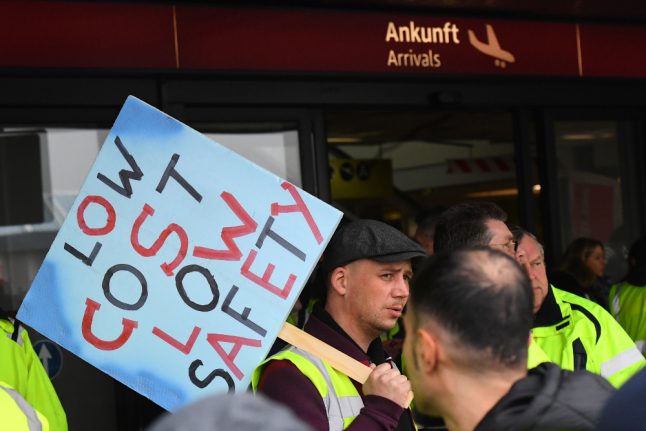 The union, Verdi, said its most recent ground crew strike, which started on Monday at Berlin’s two airports, will end on Wednesday morning, and after that, no more protest actions will be called until at least Sunday evening.

“We decided to have this break in strikes in order to give the employers a further period of reflection,” said Verdi chief negotiator Enrico Rümker.

But Rümker also said that they would no longer give warnings about any potential future strikes before they take place. The reason for this is that Ryanair and possibly other airlines had deployed strike-breakers to work at Schönefeld airport.

Verdi has demanded €1 more per hour for its long-term ground crew workers, who currently earn on average €11 per hour.

The employers’ group they have been negotiating with had offered an eight percent gradual pay increase over the course of three years, but the union rejected this plan, saying it would mean some workers would only see an increase of 27 cents per hour.

The employers’ group then called for mediation on Tuesday, saying the situation was so bad that this would be the only way forward towards a resolution.

Ryanair has condemned the strike, calling it unjust and urging the federal government to step in, though how the airline expected the government to counter the constitutionally guaranteed right to strike was not clear.