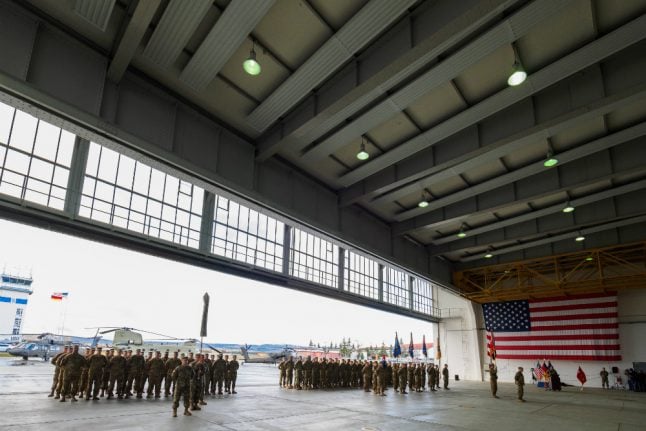 Army officials said that they were scouting potential basing points for new troops.

“The purpose was to assess the sites if there was growth in permanently assigned U.S. Forces in Germany,” the US army in Europe said in a statement.

“At this time no decisions have been made; we are engaged in prudent planning only.”

Bundestag (German parliament) member Henning Otte said that the US is considering stationing as many as 4,000 soldiers – about the size of a brigade combat team – to northern Germany, according to a report on the US army-run Stars and Stripes website on Wednesday.

US army officials recently visited the towns of Bad Fallingbostel and Bergen, in Lower Saxony. The two towns are fairly rural, close to training ranges, and only about 100 miles away from the port of Bremerhaven, which the Stars and Stripes report describes as a “key logistical node for the army.”

This move comes after recent increases in the US military's presence in Europe, amid growing tensions with Russia over their land-grab in Ukraine in 2014.

In January a US tank brigade was unloaded in Bremerhaven on their way to NATO's eastern member states, as part of the US mission Atlantic Resolve, which the US states is for the sake of ensuring security and stability in the eastern regions of the alliance.

The US committed to withdrawing its European troop presence in the mid-2000s, deciding to base most of its forces domestically.

If the US decided to station 4,000 troops in Germany, the size of its army in Europe would still be smaller than it was five years ago, when four combat brigades were stationed on the continent.