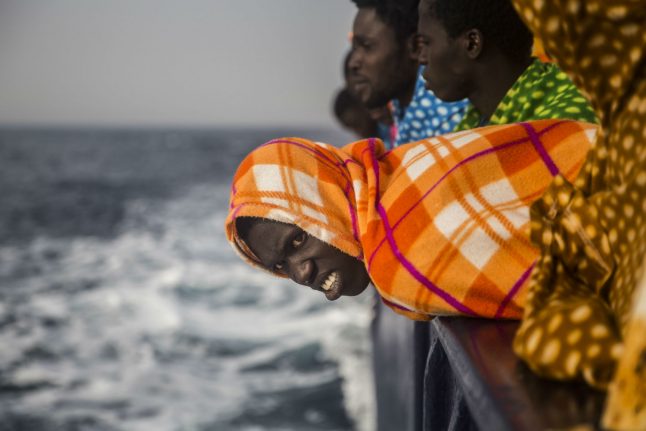 Refugees in the Mediterranean. Photo: DPA

“There are empty places in reception centres, we have planes, but there is a lack of political will” for the refugee relocation project, said Günter Burkhardt, head of refugee rights group Pro Asyl.

Germany took in more that a million asylum seekers in 2015 and 2016. But under an EU programme on relocating refugees stuck in Italy and Greece, Berlin has agreed to welcome another 27,500 by September. It has only taken in 2,042 so far.

“The German government and other EU countries must meet their promises and quickly open up relocation spots,” said Florian Westphal, who heads the Doctors without Borders charity in Germany.

In September 2015, the EU's 28 member states agreed to offer shelter to 160,000 refugees who have made the perilous sea crossing to the shores of Greece or Italy.

The deal was aimed at providing relief to the two countries on the EU's front line of the refugee crisis, as well as ensuring that the burden is equally shared out by the bloc's members.

But many European nations have been slow to act. At the moment, France has opened up most the places  – 2,445 in total.

But others, like Austria, Hungary and Denmark, have not taken in a single refugee under the programme.

Burkhardt said it is “ridiculous that Germany, at the centre of Europe, with its economic prowess, is unable to accept 27,500 people”.

A petition demanding that Berlin take in more refugees has gathered 50,000 signatures and has been sent to the interior ministry.

“Some of these refugees in Greece have been waiting for a long time to be able to join their family in Germany,” said Renate Vestner-Heise, who started the petition.