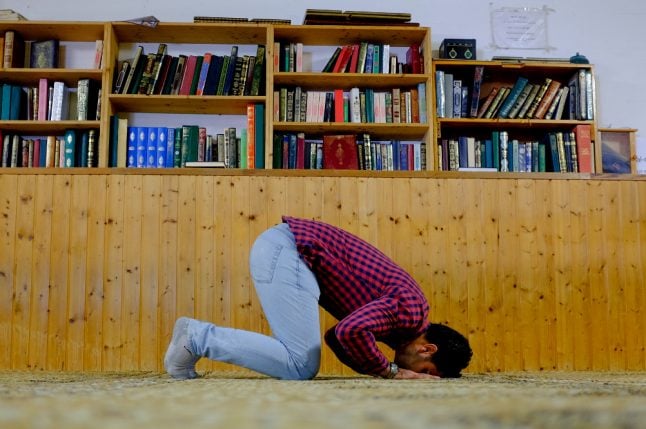 The letter was reportedly sent be school administration to teachers and later shared on Facebook, according to Der Westen on Wednesday.

“In the last few weeks, it has increasingly been observed that Muslim students are praying, quite visibly to others, indicated by ritual washing in the bathrooms, the rolling out of prayer rugs, and by the students putting their bodies in certain positions. That is not permitted,” the letter stated.

Teachers were further told to “report” any similar cases to the administration and to “ascertain” names of students. Der Westen noted that the letter used police jargon to describe these instructions.

While the school would not comment to Der Westen, the responsible government authority in the state capital of Düsseldorf confirmed that the letter shared online was authentic and sent on February 16th.

The Düsseldorf authority further explained that Muslim students were “praying provocatively” inside the school building. This was making other students and teachers feel uncomfortable, so the administration decided to step in.

“The ban on praying in a provocative manner in public school spaces is supposed to encourage peaceful coexistence and assure school peace,” the authority wrote in a statement.

The statement further explained that the school only wanted to collect names to speak to students about alternative solutions, such as prayer rooms.

Furthermore, the statement said that such a ban was allowed.

The authority argued that under the constitution, a school's ability to function comes before the freedom to practice religion.

The statement compared the situation to school swimming lessons: female Muslim students must also participate, even when they say it violates their religion.

Still, the government did acknowledge that the wording of the letter was “hapless”, and the school will have to report to them as to their further course of action.

On Facebook the letter was heatedly debated, with some calling it a “prayer ban” and others taking issue with how the administration wanted others to turn Muslim students in for praying.

“So much for the lie of religious freedom and its practice,” wrote the Facebook group Islamische Nachrichten (Islamic News).

On a community Facebook page for Wuppertal, where people post about apartments and selling used items, one member posted a photo of the letter and asked “What was that again about religious freedom?” with a link to the German constitution.

The Central Council of Muslims in Germany would only comment about the case to The Local to say that there was no general ban on praying, and that the school administration is currently in discussions with the impacted students and local Muslim religious leaders.