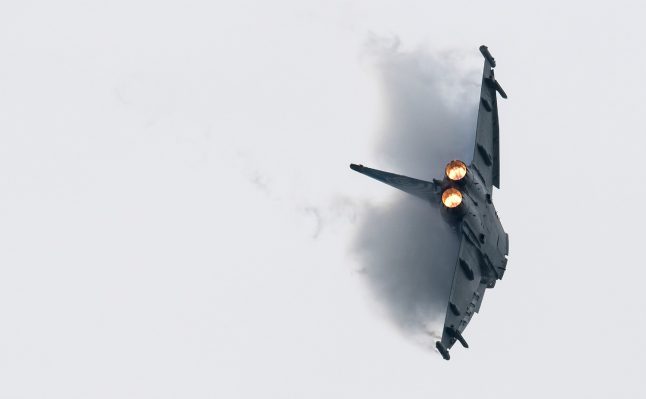 Since Donald Trump became President of the US, Washington has put increased pressure on NATO allies to up their military spending.

Trump’s Vice President Mike Pence warned on a recent visit to Munich that “the promise to share the burden of our defence has gone unfulfilled for too many, for too long and it erodes the very foundation of our alliance.”

NATO members pledged in 2014 to spend 2 percent of the GDP on defence by the year 2024, but currently only five members of the 28-member alliance meet this target.

Germany’s defence spending currently lies at around 1.2 percent of GDP.

Berlin has been making efforts in recent years to improve its military capabilities. In late February the Defence Ministry announced that it was boosting the number of troops in the Bundeswehr (German army) to 200,000.

Speaking in February, Chancellor Angela Merkel said that “responsibilities need to be fulfilled. The world expects it of us, and I think they are right to expect German to deliver on its pledges.”

But a graph of German military spending between the years 2000 and 2015 released by Statista this week puts the task at hand in perspective.

German defence spending in billions of euros from 2000-2015. Source: Statista

The graph demonstrates a rise in military spending since 2007, with the peak reached in 2012, when Berlin spent €36.17 billion on defence.

By 2015, Germany was spending €5 billion more on defence than at the start of the century.

But it is clear that the federal government will have to spend much more if it is to reach the 2 percent target. To have reached that target in 2015, Germany would have had to spend €67 billion on its military.

According to Foreign Minister Sigmar Gabriel, who says the target in unrealistic, Berlin needs to increase its defence budget by €25 billion to €30 billion year-on-year until 2024 to hit the NATO minimum.

Merkel herself has conceded that, based on military spending alone, Germany won’t hit the figure. But she argues that money spent on international development and crisis prevention should also be included in the figures.