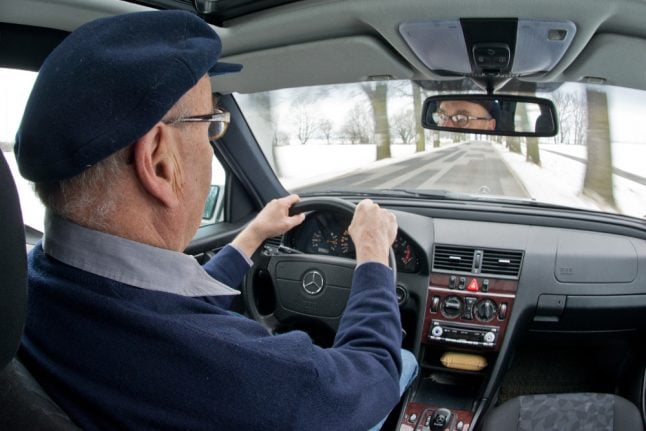 The Federal Environmental Agency (UBA) and other climate protectionists are encouraging Germans to go on a ‘car fast’ for the season of Lent leading up to Easter.

Katrin Dziekan of the UBA suggested special discounts on Deutsche Bahn and regional train services could be offered to those who abstain from cars for the 40 days between Ash Wednesday and Easter.

The Minister for Environment and Nature Conservation, Barbara Hendricks, also supported the concept, explaining that it doesn’t mean all car-driving has to stop.

“But we could change our perspectives if we are totally aware and at least during the fasting season switch to other forms of transportation,” Hendricks said.

Green party transportation expert Stephan Kühn explained that fewer cars on the roads helps to fight the amount of pollution in the air. He also noted that, in his experience, travelling to work by bus or train is a much more relaxed way to commute as one isn't tormented by daily traffic jams.

Earlier this year the UBA released a report showing that the air in German cities during 2016 was too polluted with nitrogen dioxide – the main culprit being old diesel cars. The levels measured on over half of busy streets exceeded safe recommendations.

Three in four German households have at least one car. And for a population of more than 80 million, there are 45 million cars in total.

The proposal to give up driving for lent is actually nothing new – some churches have been encouraging “car fasts” for decades.

“During the fasting period, we Christians are challenged to reconsider and review our living habits,” said Mainz diocese environmental officer Franz Hock.

The General German Automobile Club (ADAC) said it had no fundamental objections to the idea. Spokesman Andreas Hölzel noted that voluntarily not driving a car should also not be limited to fasting periods, and travelling short distances is better suited to walking or bike-riding.

Hölzel also pointed to a survey conducted by ADAC that showed people were more willing to switch to using the bus or train if prices were cheaper, the connections were quicker and more reliable, and if the ticket variety was easier to understand.

Stefan Küper of environment group Germanwatch argued against the notion that cars are the most affordable option.

“Right now including the fixed costs like the depreciation of cars, taxes, insurance… and more, you can generally travel with the bus or train for significantly less,” Küper said, adding that there’s also the option of using car-sharing services.

But he conceded that “of course there are places, in particular in the countryside, where it’s very difficult to travel without a car.”

Ulrich Lange of Chancellor Angela Merkel’s conservative CDU party said he had a realistic perspective when it comes to not using a car.

“I come from an area with a lot of open land. In practice, not driving a car and using other transportation has its limits for people there and for me,” Lange said.

Stuttgart, known as Germany’s most polluted city, recently passed a law to shut down certain central streets for diesel vehicles on days with high levels of air pollution, starting in 2018.

The UBA said that the number of traffic jams in the country could be an indicator that there are simply too many cars.

“Fewer cars would make our cities more liveable. It would help to share cars,” said Dziekan of the UBA.

Dziekan was also optimistic that young Germans have been using and buying fewer cars in recent years because they’re finding other methods of transportation.

“We can hope that this development holds.”