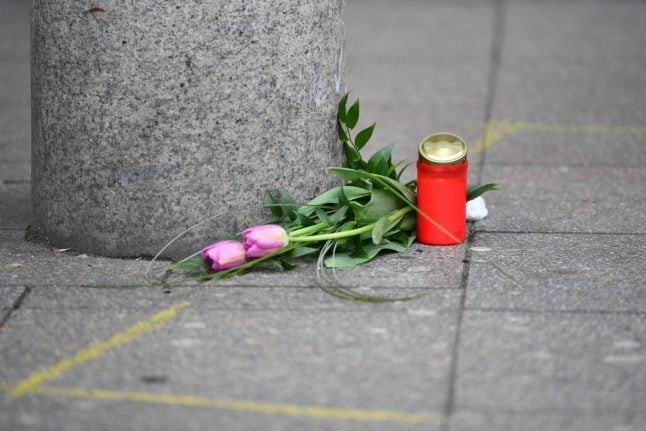 The suspect is being formally held on suspicion of murder and attempted murder over Saturday's incident in the picturesque southwestern city of Heidelberg, local police and prosecutors said in a statement.

The accused, who was shot and wounded by police after fleeing the scene on foot while wielding a knife, is in hospital recovering from surgery.

A 73-year-old German man died from his injuries hours after being hit by the car.

A 32-year-old Austrian and a 29-year-old Bosnian woman, both Heidelberg residents, were lightly hurt while a fourth person was able to jump out of the way, according to the statement.

The driver was questioned by investigators for the first time Sunday after waking up from surgery but did not comment on the accusations against him, the officials said.

“His motive remains unknown,” they said, adding that it had yet to be determined if the suspect had acted with diminished criminal responsibility.

Media reports have suggested the accused may suffer from psychiatric problems, but the authorities have so far not commented directly on those claims.

“At this point in the investigation there are no indications of a terrorist or extremist background to the case,” the officials said.

A video taken by a bystander in the immediate aftermath of the car attack shows a number of armed police officers apparently confronting the suspect on the street, before a shot can be heard.

According to the statement, a policeman fired his gun after the suspect ignored repeated calls to put down the knife and began charging at the officers who had unsuccessfully tried to stop him with pepper spray.

The suspect, who has not been named, did not have a police record prior to the incident.

According to the authorities, he comes from the Heidelberg area and hired the car used in the attack from a rental agency about two weeks ago.