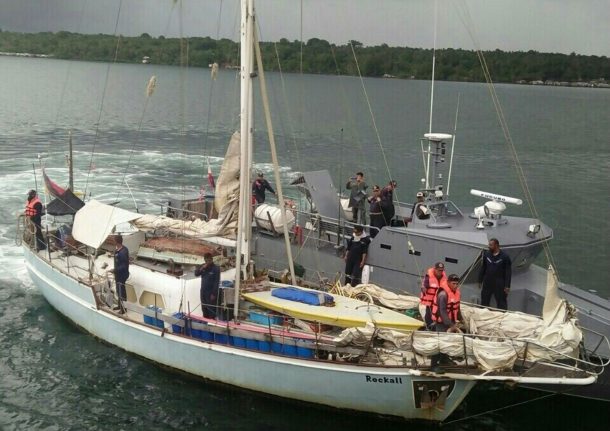 A video posted by the extremist Abu Sayyaf group, which was monitored by intelligence group SITE, showed Jürgen Kantner being killed by a knife-wielding man.

“We grieve as we strongly condemn the barbaric beheading of yet another kidnap victim,” Dureza said in a statement.

“Up to the last moment, many sectors including the Armed Forces of the Philippines exhausted all efforts to save his life. We all tried our best. But to no avail,” said Dureza.

Military officials in the south said they still had not yet found the German's body.

The Abu Sayyaf, blamed for the worst terror attacks in Philippine history, had previously demanded a ransom of 30 million pesos (€570,000) be paid by Sunday to spare the 70-year-old.

Kanter was abducted from his yacht, the Rockall, in waters off the southern Philippines last year.

The vessel was found drifting on November 7th, with the body of Kantner's female companion, Sabine Merz, bearing a gunshot wound.

The couple had previously been kidnapped and held for 52 days in Somalia in 2008 before they were freed, reportedly after a huge ransom was paid, press reports said.

The Abu Sayyaf, whose leaders have pledged allegiance to the Isis movement in the Middle East, have been kidnapping foreigners and Christians for decades, holding them for ransom in the jungles of the strife-torn southern Philippines.

They have frequently killed hostages if their demands are not met, and last year murdered two Canadians.

The group, formed from seed money provided by a relative of Al-Qaeda mastermind Osama bin Laden in the 1990s, also carried out the bombing of a ferry in Manila Bay in 2004 that claimed 116 lives in the country's deadliest terror attack.

The military had been pressing an assault against the Abu Sayyaf, attacking their camps and bombing their hideouts just before Kantner was killed.