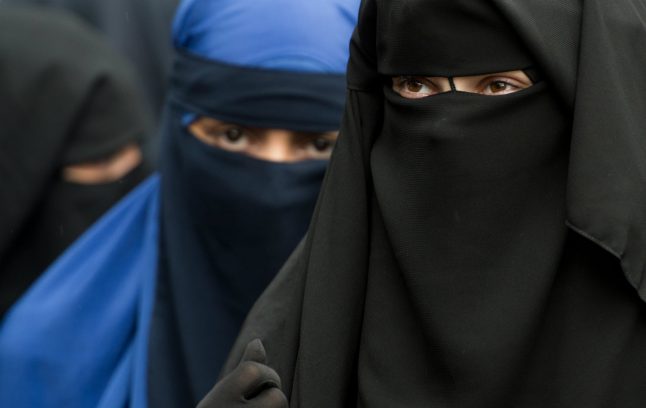 “Covering up your face will be banned in areas of public service, in high schools, schools, kindergartens, in areas relating to general security and during voting,” the Bavarian government announced.

When Muslim women cover their faces, they are “breaking the local culture of communication”, Bavarian interior minister Joachim Herrmann said.

“A communicative exchange takes place not only through speech, but also through eye contact, facial expressions and gestures.

“This is the basis of our interaction with one another and the foundation of our society and our free democratic order,” Herrmann said.

Bavaria, one of the most conservative states in Germany, controversially proposed bringing in a ban on the burqa after two terror attacks hit the state within the space of a week in July 2016.

In the first incident, a teenage asylum seeker attacked passengers on a train outside Würzburg with an axe, seriously injuring five people.

Six days later, a Syrian man detonated a homemade bomb in Ansbach, killing himself and wounding over a dozen other people.

At the time, Herrmann described the burqa as a “foreign body in our land.”

In November Bavaria called for a national ban on wearing the burqa in public.

Chancellor Angela Merkel in December also voiced her support for a ban wherever legally possible, after previously stating she was opposed to a general ban against the conservative Muslim garb.

A ruling by the administrative court in Bavaria in April 2014 banned teachers from wearing burqas in schools.

But two years earlier, a report by the government found that a general ban on wearing burqas in public would be unconstitutional.