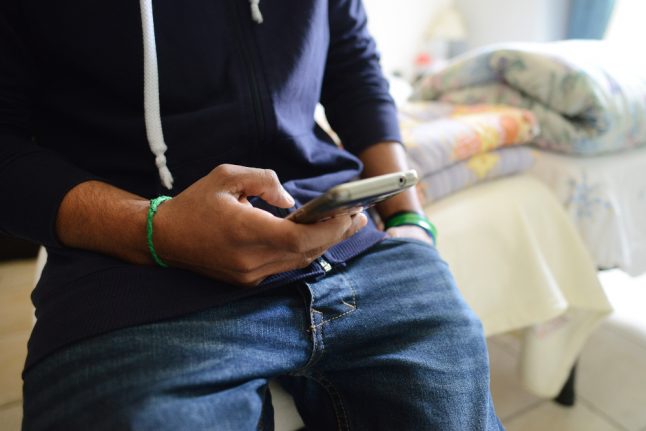 The Süddeutsche Zeitung (SZ) as well as broadcasters WDR and NDR first reported on the plans on Sunday, quoting the Interior Ministry as saying that the proposal was “for better enforcement of departure orders”.

Currently the Federal Office for Migration and Refugees (BAMF) is instructed to only collect cell phone data from refugees’ phones with the person’s consent.

The new proposal would create a legal basis so that BAMF would not have to gain this consent. Collecting mobile phone data has thus far only been done when there is suspicion about a possible crime, and only with the permission of a judge.

Authorities explain that refugees sometimes give out fake personal details in order to avoid deportation, or to cheat the system for more social benefits.

The media reports emphasize how wide the government could cast their net under such a proposal, with the Interior Ministry estimating that last year between 50 to 60 percent of asylum seekers could have been eligible to have their data collected – that’s about 150,000 people.

The media reports also state that BAMF field offices have equipment and software to allow for 2,400 data storage devices to be culled per day.

Around 213,000 asylum seekers have “enforceable departure orders” in Germany, according to foreign registration figures. But there are a number of reasons that often delay or hinder deportations, such as when a country of origin denies that someone is their citizen, or delays taking them back – as happened in the case of the Berlin Christmas market attack suspect.

The minister-president of Hesse, Volker Bouffier, has said that cell phone seizures should remain limited to cases of doubt about the identity of an individual. It is important “to also use sources of information that you have”, he added.

SZ reports that the collection of cell phone data by immigration authorities has been allowed in principle since a legal amendment in 2015. At the time, the German upper house of parliament (Bundesrat) voiced concerns that collecting data from phones or laptops could be problematic because it could “harm the inviolable core principle of private life”.

The December Berlin Christmas market attack, however, has raised more security concerns, with the German government since proposing a slew of new, tougher measures.