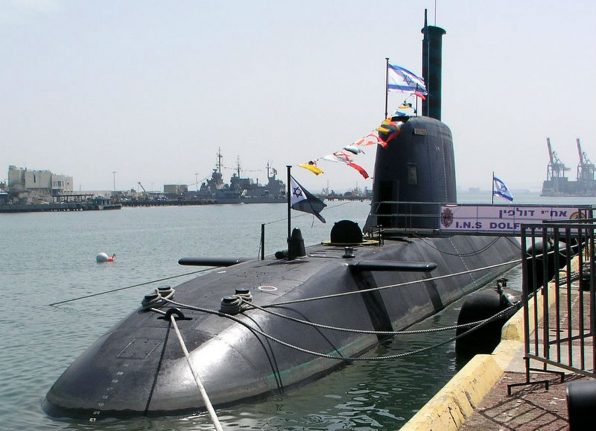 A new study by the Stockholm International Peace Research Institute (SIPRI) released on Sunday gives a frightening insight into an accelerating global demand for arms.

Weapons sales over the period 2012-2016 hit their highest point since the end of the Cold War. India increased its arms imports during this period by 43 percent, making it the largest importer in the world. Vietnam, meanwhile, spent 202 percent more on weaponry compared with the period 2007-2011.

The USA and Russia were the countries which profited most from this global arms race, both increasing exports by just under a quarter.

But one traditional arms exporter stood out for the fact that it broke with the trend.

The report noted that Germany’s arms exports in the five-year period from 2012-2016 dropped by 36 percent in comparison with the preceding five years. It was nevertheless the fifth largest exporter of weapons in the world, behind China in third and and France in fourth.

Germany's government pledged in 2013 to reduce its arms exports, and Pieter Wezeman, an expert at SIPRI, told The Local that government policy was likely to have had some effect in pushing down arms sales.

He pointed to dampened sales to Saudi Arabia, which increased its overall purchases by 212 percent over the last five years.

“Saudi Arabia could have become a bigger market, but the current government took a stricter approach to sales there,” Wezeman said.

He contrasted Germany with France where “there is hardly a public debate on arms exports”.

“When there is, the government is questioned on why it has failed to secure a certain arms deal or why it has not done enough to support the arms industry.”

But he cautioned that other factors were likely to have been more significant than regulation, such as the after effects of the 2008 financial crisis and subsequent debt crises in various EU states.

“EU countries had to cut back on arms purchases and they were an important market for Germany.”

Wezeman noted, though, that “a very diverse set of countries” from Indonesia, to Qatar, to Algeria keep coming back to Berlin to buy arms, despite public discussions in the Bundesrepublik about restricting sales to non-NATO countries.
“Germany's reputation for quality plays an important role,” he said, noting that its particular strength is in the sale of naval equipment – it is the world's largest exporter of submarines.
Speed in delivering on orders is also a German strength, Egypt recently received a submarine shipment within three years of purchase.
“That's really fast,” Wezeman said.
He noted also that there have been several allegations of corruption surrounding German arms deals.
In 2015 Greek prosecutors announced they were bringing charges against several Daimler managers, who they said were involved in multi-million euro bribes to Greek authorities.
According to reports in the Greek media, the charges against the Stuttgart-based company centred on contracts for military vehicles signed between 1997 and 2000.
Looking to the future, Wezeman noted that German arms sales from 2012 to 2016 peaked last year, “but this seems to be something of an anomaly.”
“I don't see anything in current arms purchases which indicates to me that we will see a return to the level of sales seen in 2007-2011.”