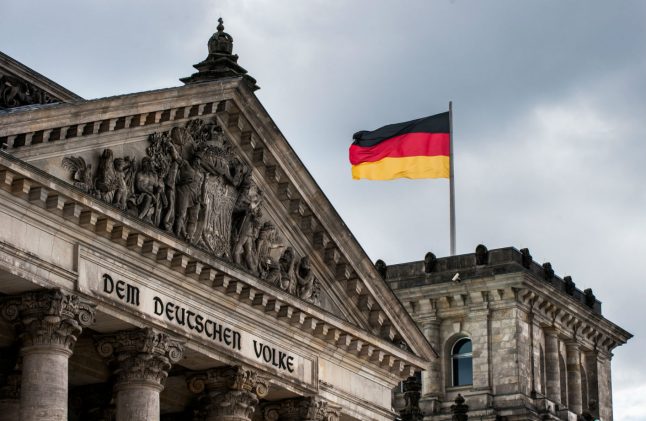 The home of the German parliament, or Bundestag. Photo: DPA

1. Germany is a republic

The full name of the country in German is Die Bundesrepublik Deutschland, or Federal Republic of Germany.

Up until the end of the First World War, Germany was ruled by the Prussian royal family. But in the final days of the conflict, Kaiser Wilhelm II was forced to abdicate the throne, and on November 9th 1918, a Social Democrat called Philipp Scheidemann declared the country a republic.

Since then Germany has never had a royal family, although the word republic was not officially used until after the Second World War.

The head of the German state is the President, currently Frank-Walter Steinmeier. The President is supposed to be above German party politics, but more often than not they are a member of one of the main parties. Steinmeier is a senior Social Democrat (SPD).

2. It is a federal system

Germany is made up of 16 states. Each of these states has its own parliament and state leader, known as a Minister-President (the city-states of Berlin, Hamburg and Bremen have mayors).

The federal system is partly due to the fact that Germany grew out of the highly decentralized Holy Roman Empire, in which small fiefdoms had their own councils and could even coin their own money.

The states have a lot of individual authority. Each has their own police force, education system, and health system. They are also responsible for certain immigration issues, such as registering refugees and deporting illegal migrants. In early 2017 several states decided to defy a federal order and stop deporting failed asylum seekers to Afghanistan.

3. It is a constitutional system

Unlike the UK, for example, Germany has a written constitution known as das Grundgesetz. This Basic Law, as it is known, makes the courts the most powerful arm of the state.

If parliament passes a problematic law, or the executive makes a controversial decision, these can be challenged in court. The Bundesverfassungsgericht (the Federal Constitutional Court) is the highest authority on whether a policy or law is compatible with the constitution.

For example, the Constitutional Court nullified the Aviation Security Act of 2005, which in the wake of the 9/11 attacks would have allowed the army to use weapons against commercial airliners if it was clear that the hijacker wanted to use it as a weapon.

The court declared this unconstitutional, saying that the sacrificing of the lives on a plane to benefit another group violated the unconditional protection of human dignity enshrined in the constitution. 4. Elections are held every four years

The first federal election in post-war West Germany was held in 1949. Since then, national votes have normally been held every four years, with the last one taking place in 2013. That means that we are scheduled to have a new one in September 2017.

But it is not just the national elections which come around as often as the Olympics. State votes are also generally held every four years, meaning that every year in Germany, there are a handful of elections which are important for people's lives.

In 2016, state elections were held in Berlin, Baden-Württemberg and three other states.

5. Elections are based on proportional representation

Germany has a voting system called mixed-member proportional representation. In the federal elections voters have two votes, the first is for a candidate, and the second is for a party.

The system is set up to prevent one single party from having a majority in parliament. Coalitions are normally formed between the party with the largest share of the vote and a smaller one so that the two in combination have over half the seats in parliament. Once again, this happens at the national level and also at the state level.

Chancellor Angela Merkel's conservative Christian Democratic Union (CDU) and the centre-left SPD have always been the two biggest parties. Traditionally the liberal Free Democratic Party (FDP) has often been the junior coalition partner of choice to the major parties, but their support has dwindled in recent years.

6. There are two federal houses of parliament

The Bundestag is the lower house to which politicians are directly elected. It is the place where laws are drafted. MPs in the Bundestag can also have different responsibilities, such as sitting on an oversight committee.

The Bundesrat is the upper house of parliament and consists of representatives of the German states. Laws concerning state affairs or the constitution must be approved by it before they come into force.

A recent controversial decision by the Bundesrat was to block designating Tunisia, Morocco and Algeria as safe countries of origin for asylum seekers. After a Tunisian asylum seeker drove a truck into a Berlin Christmas market in December, killing a dozen people, several Bundestag politicians called for them to review the decision. 7. Chancellors are not directly elected

In many ways the German system is similar to that of the United States – it is federal, the constitutional court has the last say, and the head of state is elected (albeit by the parliament).

But in one way it is more similar to the archaic UK – the head of the executive is not directly elected.

Chancellor candidates are chosen by their party members to becomes Spitzenkandidaten (lead candidates).

On election day, voters go to the booth to vote for their local candidate, but they also vote for a party. If that party gets the largest share of the vote, it then tries to create a coalition with a smaller party to hold over 50 percent of the seats in parliament. If it achieves this, its candidate is likely to become Chancellor, after first being proposed by the President and voted on by the Bundestag.

8. Bavaria throws a weird spanner in the works

There are two major parties in Germany: the centre-left Social Democrats (SPD) and the conservative Christian Democratic Union (CDU). Every Chancellor in post-war German history has belonged to one of these two parties, and they are the only two Volksparteien – parties with significant support at all levels of German society.

But in a bizarre historical twist, the CDU do not exist in Bavaria, Germany's wealthiest state, which is governed by the conservative Christian Social Union (CSU).

Bavaria was the last region to join modern day Germany in 1871 and is still fiercely independent. An agreement between the two parties to enter into a union inside parliament has existed since 1949, but nearly fell apart in 1976 after the CSU demanded more time to speak in the chamber.

At the federal level, the two parties fight elections together, while in Bavaria the CSU have been almost continuously in power since 1945. For a long time there were essentially only three parties in the German parliament: the SPD, the CDU/CSU and the FDP. But in recent decades, more and more parties have popped up. In 1983, the Green party broke the triopoly, making it into parliament for the first time.

Four parties are represented in the current parliament. And if polls are to be believed, a record six parties will have members in the Bundestag after the autumn election. This raises the possibility that a coalition government could be built that has never been seen before, such as a coalition between the Greens and the CDU.

10. The government is still split between two cities

After reunification in 1990, it was decided that Berlin would become capital of the new Germany. But a law adopted in 1994 halted some of the transfer of ministries back to the northeast, as it was feared it would impact the Bonn region too much if power was moved away.

The result is that government departments are split, and all federal ministries must have double offices in Bonn and Berlin. The current format is widely criticized as a waste of time and money. Environment Minister Barbara Hendricks recently said “the functionality of the federal government is sustained through a substantial amount of excess effort and expense, and therefore a loss in efficiency,”

The current format is not likely to change any time soon as Bonn would block any proposals to move government back to Berlin.