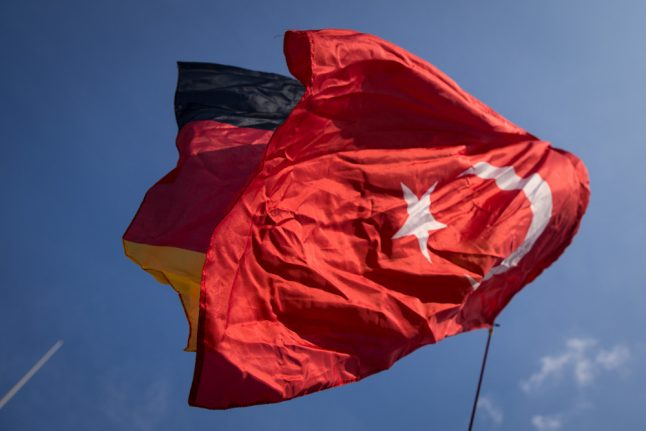 The Diyanet agency's chief Mehmet Gormez vehemently denied there had been any wrongdoing by the clerics, saying his organisation was the target of a defamation campaign.

The imams, who were not named, are accused of reporting to Diyanet on Turkish followers of Gulen, through the Turkish consulate in Cologne.

“The clerics did not engage in any illegal act,” Gormez told reporters in Ankara, adding that information had been shared with Germany.

But he said: “Six clerics who were evaluated to have exceeded their authority were sent back to their posts in Turkey.”

This was “to maintain the mutual trust between two countries and as a gesture of goodwill,” Gormez added.

He emphasized that they had never participated “in any act of intelligence-gathering or espionage”, but confirmed that the six recalled included the four clerics whose homes were raided.

Gormez indicated that they had already been recalled before the raids took place, slamming the police actions as subject to “political and media pressure”.

He expressed hope that German officials would help in “sensibly ending this unreasonable and pointless process”.

Gormez gave no details on how the recalled clerics had exceeded their authority.

German police made no arrests in the raids but confiscated written material and data storage devices.

German media said imams belong to Ditib, an organisation controlled by Ankara that manages some 900 mosques or religious communities in Germany. Diyanet sends clerics to work in its mosques.

The range of its influence has on occasion caused controversy in Germany, as with similar organisations in the Netherlands and Austria.

The raids came at a time of high tension between Ankara and Berlin with Chancellor Angela Merkel's government repeatedly criticising the scale of the crackdown in the wake of the July 15th failed coup.

Prime Minister Binali Yildirim is heading to Germany at the weekend and is expected to meet Merkel.