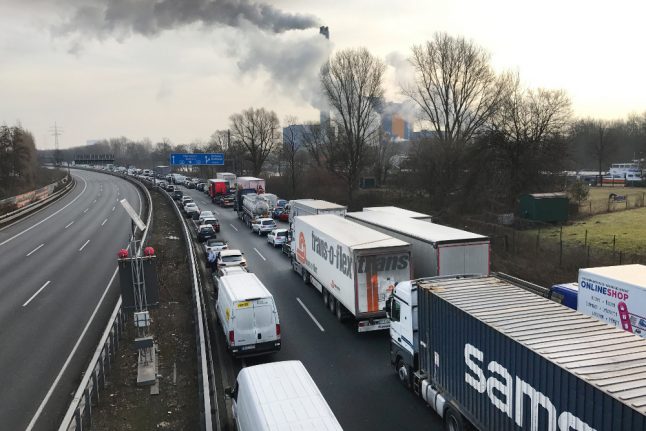 The cloud formed due to an incident at the Hamm Chemie chemical plant in the city on Thursday, creating a dangerous toxic cloud.

The company explained on Thursday afternoon that the incident stemmed from an accident while unloading a ship at the harbour. Hydrochloric acid had been introduced to sulfuric acid, and a cloud formed.

People in the immediate vicinity of the plant were brought elsewhere to safety. Authorities have told residents not to leave their homes, and to keep windows and doors shut.

“Possibly health-damaging fumes have accrued in a nearby industrial area,” said a police spokesperson.

Around 150 people have complained of respiratory problems due to the cloud.

“They have respiratory tract irritation, but these are not serious cases,” said a fire services spokesperson.

Of those affected, 110 are people who worked in the area of the plant. The other 40 people are employees of the company where the accident occurred. Those who have reported problems have been treated by doctors. Anyone experiencing problems is urged to contact medical services.

The plant spoke of “human error” and apologized for the effect on the community.

By noon, officials said the toxic cloud had been “largely destroyed”, but it will still take time to check whether there is a risk from the broken tank.

Police are currently looking into details of the incident that resulted in the cloud and are speaking with experienced workers at the plant who have been there at least ten years.

The plan estimates the damage to the tank to be around €1.5 million. The 3,000-tonne tank had been filled with about 300 to 400 tonnes of materials at the time of the accident.

Regional media, including the Westdeutsche Allgemeine Zeitung (WAZ), reported that one street in particular in the industrial area had to be evacuated. Other main roads and a section of the Autobahn were blocked off, while the public bus service was halted.

Train and ship services have also been disrupted, according to WAZ.